[ The Korea Herald – Send E-mail ]
Will North Korea transfer ICBMs to China?
By Park Han-na
Published : Jan 24, 2019 - 17:41
Updated : Jan 24, 2019 - 17:41
North Korea may not be ready to bring its intercontinental ballistic missiles and the idea of transferring its nuclear arsenal to China to the negotiating table as bargaining chips in talks with the US, analysts here said Thursday.

“Moving ICBMs out of North Korea is what the US has been demanding but there’s no evidence that the North has accepted the proposal,” Handong University professor Park Won-gon said. Washington’s simultaneous incentives and building of mutual trust must first take place to make Pyongyang relinquish ICBMs. 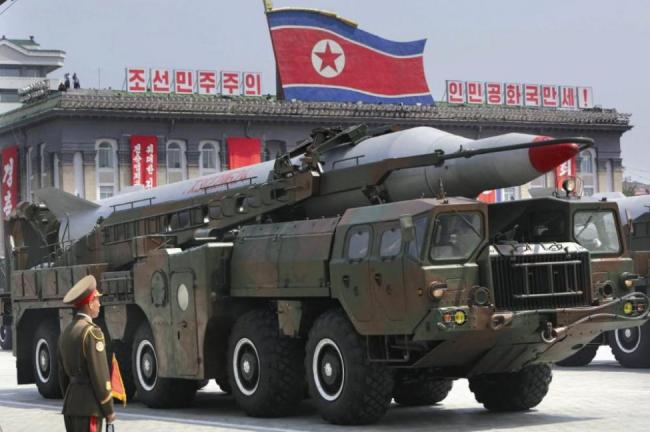 What North Korea offers now is to freeze its “current” nuclear weapons via measures such as the closure of the Youngbyon nuclear facilities and the dismantlement of its Punggye-ri nuclear test site. “But it does not intend to put past nuclear weapons and ICBMs on the negotiating table,” Park said.

He referred to Kim’s denuclearization pledges in his New Year’s address that North Korea had “declared at home and abroad that we would neither make and test nuclear weapons any longer nor use and proliferate them.”

US-North Korea talks have been revived following letters exchanged between Trump and Kim and high- and working-level negotiations in recent weeks. Some experts have said North Korea could have suggested that it will transfer its ICBMs to China.

“I guess transferring some ICBMs to China could have been one of the cards that Kim Jong-un holds to have another round of summit with Donald Trump,” Lee Sang-soo, a research fellow at the Institute for Security and Development in Sweden, said in an interview with Radio Free Asia.

The US could say North Korea took a substantial step toward denuclearization if the ICBMs are withdrawn from the latter’s territory. Taking into account the distance, security and technical issues, China might be a desirable site for the weapons transfer, Lee added.

However, Park of Handong University disagreed with Lee’s view, saying North Korea would choose the US over China if it has to hand over such core military weapons. “North Korea’s relationship with China is not as good as it seems. Their closeness is based on strategic needs.”

A more realistic scenario might be North Korea offering to dismantle its ICBMs in the presence of outside inspectors. “The important thing is that the North talks about some, not all, of its missiles, and they will be long-range missiles. Short- and mid-range missiles that cannot reach the US will be excluded from their talks,” said Hong Hyun-ik, chief researcher at the Sejong Institute.

But if North Korea decided to transfer its long-range missiles to China, the move would be highly welcomed by the US and China for promoting security cooperation in the Northeast Asia region, he said.

In that case, the communist nation would follow a similar path as Ukraine, which removed all nuclear weapons from its soil in exchange for assurances that Russia would respect its sovereignty.

By 1996, Ukraine, which once held the third-largest nuclear arsenal in the world, had transferred all Soviet-era strategic warheads to Russia. ICBMs were dismantled or moved to Russia, and heavy bombers were eliminated by 2001.

“It would be a meaningful step to be hailed by the international community as they did to Ukraine, if realized,” Hong said.