CJ CheilJedang said Wednesday that it had sold around 1.2 billion 200-gram cans of Spam in the product’s history -- the equivalent of 24 cans for each person in Korea. 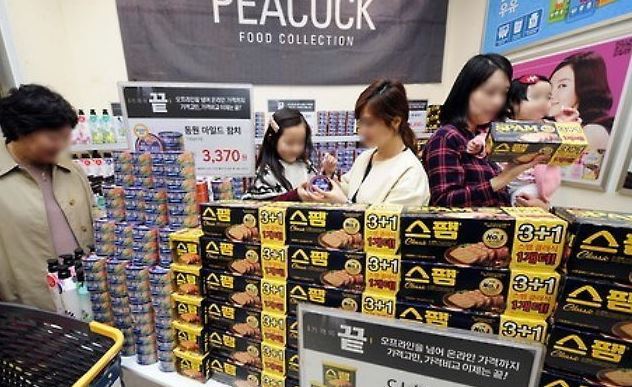 Spam has become an indispensable item in Korean households. (Yonhap)
Spam was introduced to Korea by the US army during the Korean War, and domestic production started in 1987. CJ CheilJedang manufactures the brand with technical cooperation from the US company Hormel.

In Korea, Spam is a side dish that is especially popular as a gift during the Lunar New Year and Chuseok holidays. 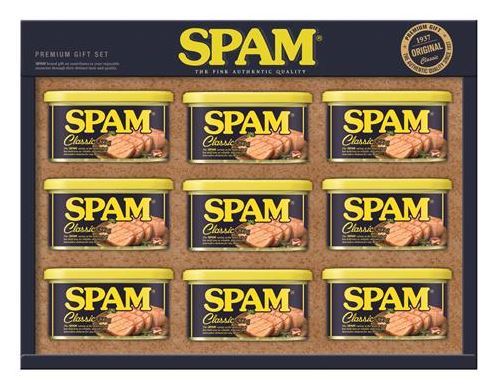 CJ attributes the food’s popularity to its status as the holiday gift of choice since the 2000s. Spam gift sets account for 60 percent of annual sales, the company said.

CJ predicts 480 billion won in sales this year and a two-digit percent sales increase from last year. The company said it plans to increase the supply of Spam gift sets for the upcoming holiday, with prices ranging from 30,000 won to 40,000 won.