The petition posted on Sept. 25 calls for the band’s disbandment on the grounds that the band members are “haughty.” 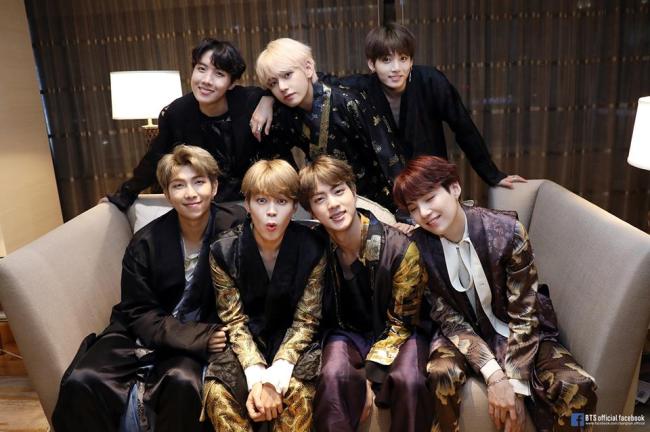 The presidential office is required to issue an official statement for petitions with over 200,000 signatures.

In response, fans of the boy band have initiated petitions “against the disbandment of BTS” on the website. 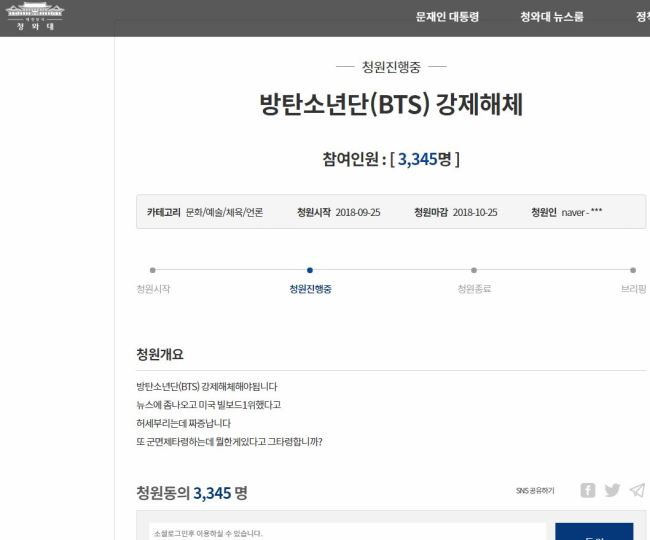