But the final list of business leaders accompanying the president was not released by the presidential office as of Thursday afternoon.

SK Chairman Chey appears to be preparing for the trip, while LG sent positive signs -- not a confirmation -- for Koo’s participation. 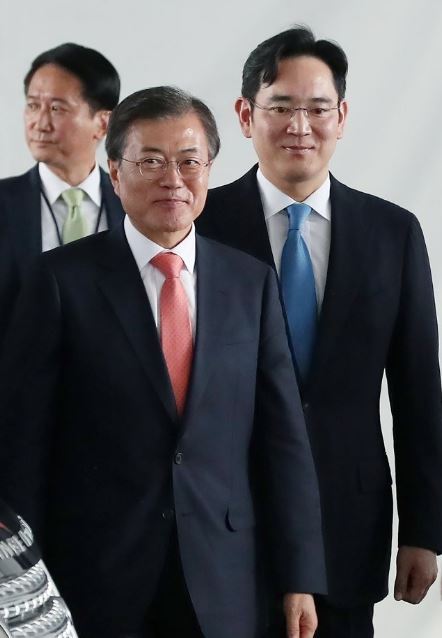 “Cheong Wa Dae’s decision to invite owner family members seems to be aimed at accelerating economic cooperation projects between the South and North,” said an industry insider. “The aforementioned figures are top decision makers at their groups on major investments.”

The third summit between South Korean President Moon and North Korean leader Kim Jong-un is expected to focus on establishing a road map for a new economy on the Korean Peninsula, such as concrete agreements on business investments and partnerships.