Ricardo Ratliffe, the US-born player with South Korean citizenship, led everyone with 37 points and 17 rebounds at GBK Istora. He shot 15-of-24 from the field while playing the entire 40 minutes.

South Korea, the 2014 Asiad champion, lost to Iran 80-68 in the semifinals on Thursday to fall to the bronze medal contest. 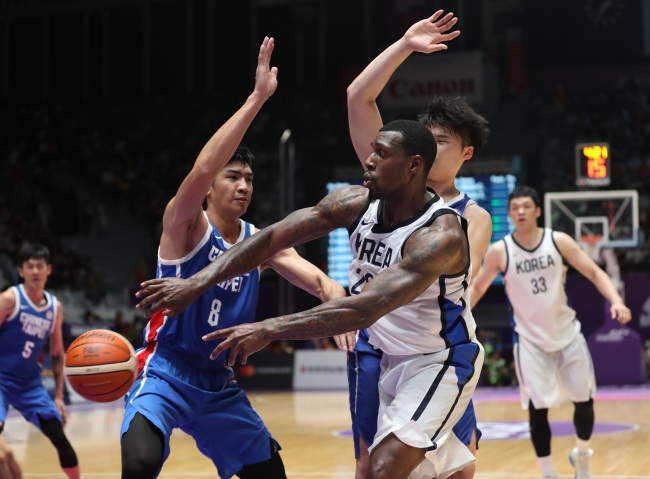 Chinese Taipei started out leading 9-3, but South Korea closed out the first quarter on a 18-2 scoring run.

South Korea took a 45-33 lead into the second half and only a last-gasp charge by Chinese Taipei cut the deficit to single digits. (Yonhap)