Band Day6 is set to release a new EP on June 26, its agency said. 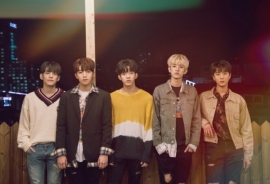 The five-piece act has released two full-length albums and 25 singles last year through its yearlong monthly release “Every Day6” project, for which the act released two songs every month with concerts before each release from January to December last year. It released hits like “I Loved You,” “Hi Hello,” “Congratulations” and “Better Better.”

Having debuted in September 2015, Day6 will also kick off its world tour “Day6 1st World Tour Youth” by performing in Seoul from June 22 to 24. The band will continue the tour series in Sydney, Taipei, Bangkok and Manila from August to October and in cities in Canada and the US in November.