Highlight member Yoon Doo-joon has recently come under fire from the public concerning his agency’s untruthful explanation about why he cannot travel overseas.

The incident started when Around Us Entertainment issued a statement on Thursday that Yoon could not participate in a K-pop event in Hanoi Saturday and a fan meeting in Bangkok on June 24 due to the Ministry Manpower Administration revising the conscription law that mandates all able-bodied Korean man to serve for approximately two years. 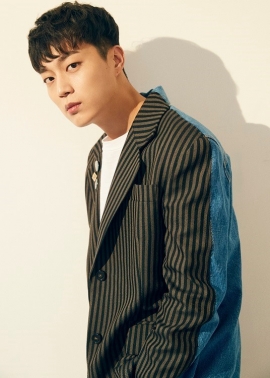 Yoon Doo-joon (Around Us Entertainment)

The current law states that conscription candidates between the ages of 25 and 27 who have not yet completed their mandatory military service can put off enlistment, with an MMA permit for overseas travel of less than one year. The law will be revised to only giving up to five permits within the two years -- there were no such limits -- and shortened the maximum period form one year to six months.

But the change does not affect Yoon, who is 29, something that the MMA promptly pointed out in its own statement on Friday.

Around Us released another statement saying that it was actually Yoon delaying the enlistment --for his bad knees -- that prevented him from getting the permit, not the revision.
(minsikyoon@heraldcorp.com)