The occasion is prepared for the growing population of foreign residents in Korea to join in the conversation regarding the recent developments related to South and North Korean relations. A simultaneous interpreter will help run the program.

According to Jungto Society, a humanitarian group led by Ven. Pomnyun, members of the expat community here are largely excluded from the talk on how the lives they built in Korea will be impacted by the resolution of the North Korean issue. 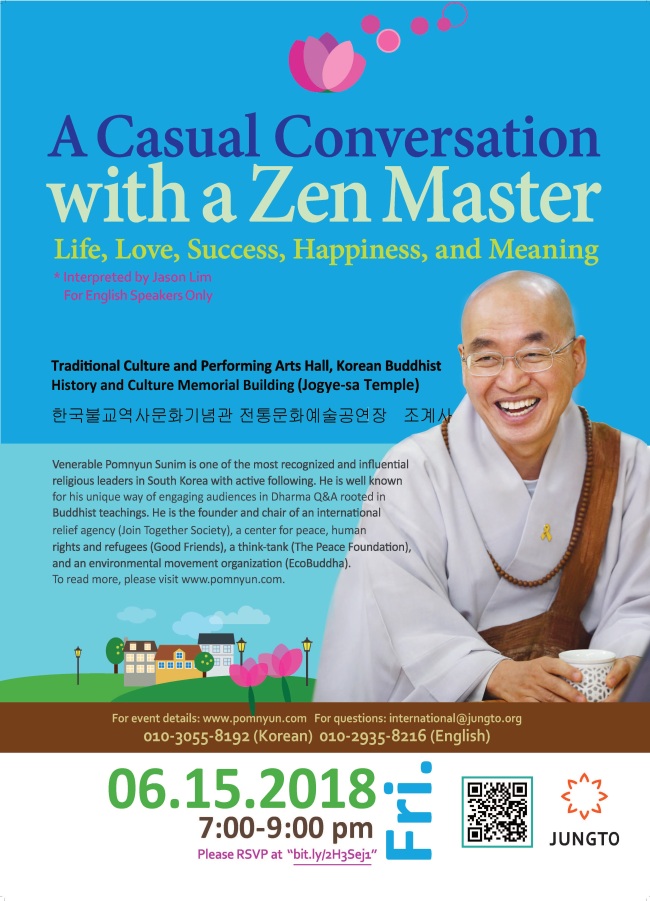 The upcoming event is for them to engage in conversations with Ven. Pomnyun on the hopes and challenges they face in Korea as they pursue life, love, success, happiness, and meaning in this country.

No topic is a taboo, including the uncertainty and fear about what’s happening with North Korea.

Ven. Pomnyun has previously held special talks with North Korean defectors, Southeast Asian laborers, and members of other disenfranchised groups in Korea. This is the first time he is holding a talk for the English-speaking community.

Ven. Pomnyun is a well-respected North Korea expert, having been engaged with humanitarian and human rights work in North Korea since late 1990’s. His works were featured in the New York Times in 2012.