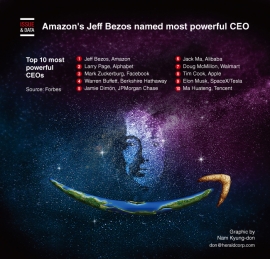 Amazon CEO Jeff Bezos is the most powerful CEO in the world, according to a list by Forbes.