[ The Korea Herald – Send E-mail ]
‘Feminist’ group probed for link with online sexual harassment in South Korea
By Claire Lee
Published : May 9, 2018 - 17:01
Updated : May 9, 2018 - 18:48
An online community which brands itself a “feminist” organization is under police investigation for an online sexual harassment case involving a photo of a nude male model posing for fine arts students at Hongik University in Seoul, which was posted online without the victim’s consent.

The case, which has stirred up controversy, emerged after an unidentified person posted the photo on the website of Womad, an online community that supports misandry and “radical feminism.”

Police announced that they have launched an investigation into the case Sunday.

The photograph was reportedly taken without the victim’s knowledge, during a life drawing class at Hongik University. 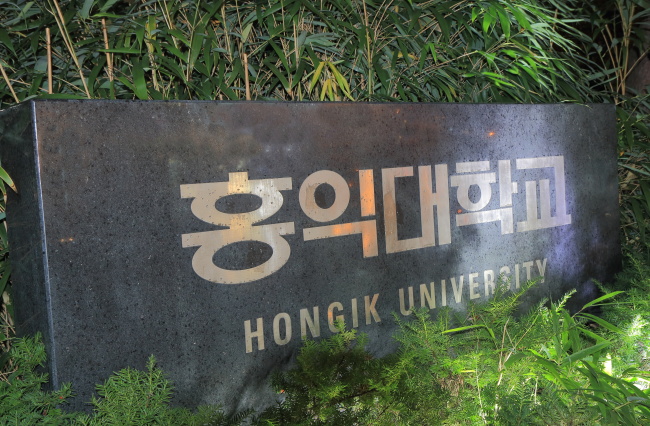 The online posting of the photo included a caption that mocked the model with sexual undertones to which some users responded, “Nude male models must have mental illnesses.”

Womad has deleted the photo and comments, but an online petition has been launched against the group, urging the presidential office to punish the alleged perpetrator.

“We hope you (the presidential office) can provide support for the victim while making sure the perpetrator is identified and punished for the acts that (she or he) has committed.”

Almost 26,000 people had signed the petition as of Wednesday afternoon.

The controversy snowballed after the head of a group representing nude models for artists said in a radio interview that the victim was greatly distressed.

Ha Young-eun, the group’s head, said the male victim spent many days crying, without much sleep or food.

The victim, who has been modeling in secret to earn money, is worried that his parents or friends may now find out, according Ha.

Hongik University, criticized for its slow response to the incident, said it will ban smartphones in all classes where models pose nude and make it mandatory for all students taking such classes to attend a session on how to treat the models with respect.

Meanwhile, heated debate is raging over whether Womad, which requires those seeking membership to type “Korean men are criminals,” should be seen as a feminist group.

After all, it was Megalia that initiated a movement to halt the revenge porn-sharing site SoraNet, which took the South Korean government 10 years to officially shut it down.

Yet the organization has been criticized by some for their tactic named “mirroring,” which involves mistreating men for their gender in the same way women in Korea have been.

Examples of “mirroring” include making fun of men for their physical appearance, and even the lack of sexual desirability. Womad, on the other hand, makes it mandatory for those who would like to gain a membership to type “Korean men are criminals.”

“I don’t think any organization that is linked with criminal activities can
call themselves a feminist group,” said a women in her 30s who wanted to remain anonymous.

“I respect the ongoing #MeToo campaign and what feminist activists have done for our society for the last two to three years. It worries me that other meaningful projects undertaken with feminist agenda may be viewed as potentially criminal activities because of what Womad has been doing.”

A former K-pop trainee, Han Seo-hee, who has been labeled by some as a misandrist for her “feminist” comments, said she is “envious” of the nude male model whose photo was posted on Womad.

“When women become victims, the authorities very often have done nothing. But when a man becomes a victim, the police launches their investigation immediately. I’m so envious of men, I can almost cry.”

Lee Sue-jung, a professor of criminological psychology at Kyonggi University, said hate crime cannot be acknowledged as a form of feminism.

“I cannot see any form of misandry as a way of improving women’s rights in the long run,” she told The Korea Herald. “Both misogyny and misandry cannot be justified as a form of activism for a certain group’s rights. Fighting for one’s rights does not involve harming others.”