“Nexon Korea does not have anything to do with a Bitstamp acquisition,” Lee said during a press conference held at the Nexon Korea headquarters in Pangyo, Gyeonggi Province, Wednesday.

“We do not have any plans to link cryptocurrencies with our game business,” he said, adding that this does not mean Nexon is ruling out the use of blockchain in its game development efforts, as the distributed ledger technology has many potential applications to games. 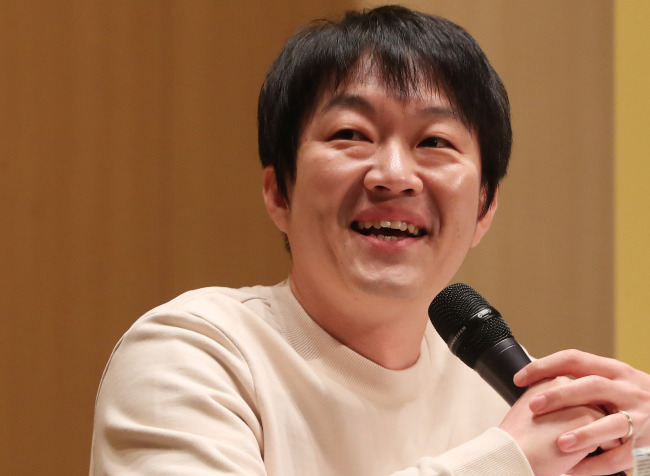 Nexon Korea CEO Lee Jung-hun (Yonhap)
The Nexon CEO’s remarks addressed a recent Business Insider report suggesting Bitstamp was in the middle of a sales process, and that Nexon was the likely buyer, according to sources familiar with the deal.

Bitstamp is a Luxembourg-based bitcoin exchange founded in 2011. The exchange is the world’s 13th biggest and only fully licensed cryptocurrency exchange in Europe. It is estimated to have 3 million registered accounts and 500,000 active trading accounts.

Lee’s remarks came at a press conference to discuss his vision and direction for the firm as CEO, held for the first time since assuming his post in January.

The Nexon CEO said that the company will continue to invest in developing diverse, new games spanning different genres under the vision to pursue “diversity” and leverage artificial intelligence to deliver better services to users as well as aid development.

Nexon was founded in Seoul in 1994 by Kim Jung-ju, who is now the chairman of the firm’s holding company NXC Corp. Nexon moved its headquarters to Japan in 2005 and went public on the Tokyo Stock Exchange in 2011.

It services long-running online PC games including “MapleStory,” “Mabinogi” and “Dungeon Fighter Online,” as well as mobile games like “Heroes of Incredible Tales” in Korea and around the world.