Under the title of “Korean Peninsula at crossroads,” the panelists shared their views on how the summit would change the inter-Korean relations and whether it would lead to denuclearization of North Korea.

Professor Kim Byung-yeon, a renowned expert on the North Korean economy at Seoul National University, talked about the international sanctions on North Korea and their impact on the reclusive regime’s economy. 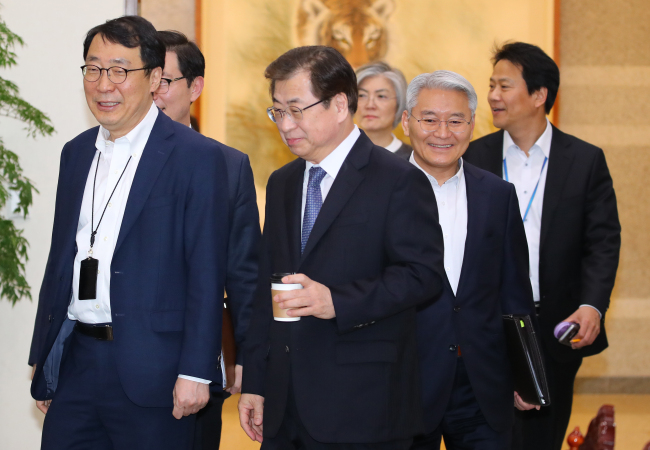 (Yonhap)
Kim Won-soo, former undersecretary general at the United Nations and High Representative for Disarmament Affairs, expressed his thoughts about North Korea’s motives behind the latest diplomatic overture and international response toward the move.

Kim Jae-chun, professor at Sogang University Graduate School of International Studies, discussed the prospect of the scheduled US-North Korea summit and its implication for the efforts to denuclearize Pyongyang.

Following the presentations by the four panelists, Choi Kang, vice president of Seoul-based think tank Asan Institute for Policy Studies, moderated the debates and fielded the questions from the participants.