Bloomberg on Tuesday reported Kim’s secret trip, citing three unnamed sources, while saying that the purpose and itinerary of his visit are not yet known.

Japanese media also reported that a green train that is said to resemble one that North Korea‘s leaders had used on foreign trips has arrived in China.

Despite the reports, the Seoul government has yet to confirm Kim's alleged  visit as of early Tuesday. 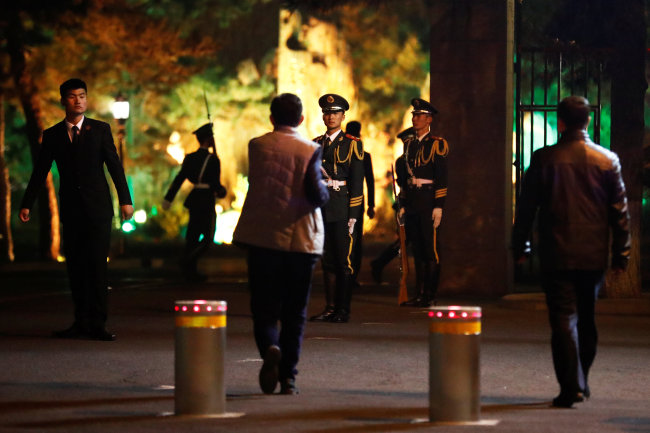 "Whether Chairman Kim Jong-un is visiting China has not been verified," a ministry official was quoted as saying.

The National Intelligence Service, South Korea's top spy agency, also said it is keeping an eye on the situation.

Meanwhile, a spokeswoman for the Chinese Foreign Ministry said she was not aware of the situation and had no further comment.

White House spokesman Raj Shah said the US could not confirm reports that Kim was visiting China.

Bloomberg added the trip is said to be Kim’s first known overseas trip since rising to power in 2011, after his father and predecessor Kim Jong-il’s death.

North Korea’s ties with China, a traditional ally, has been strained in recent years over Pyongyang's nuclear ambitions and Beijing's support for UN's sanctions.

The suspected trip comes ahead of a US-North Korea summit scheduled for May, which follows a planned inter-Korean summit in April.