With North Korea’s leader Kim Jong-un expressing willingness to denuclearize during his meeting with the South Korea‘s special envoys, focus is now on whether this time around the North will deliver its promise that has never been fulfilled in the past negotiations.

Following its two-day visit to the North, the South Korean delegation announced Tuesday that North Korea had expressed a willingness to denuclearize the Korean Peninsula and vowed to suspend all nuclear and missile tests while such talks were underway.

But doubts persist over whether the North would voluntarily give up the weapons deemed crucial to the survival of the regime. In a statement released Tuesday, the North said it would abandon its nuclear program provided that the military threat to the regime was eliminated and its security guaranteed. 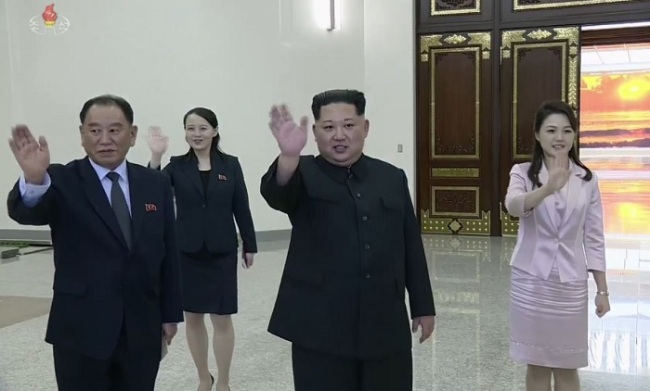 (Yonhap)
Fueling the skepticism are the failure of the previous bilateral and multilateral denuclearization negotiations designed to convince North Korea to give up its nuclear weapons program in return for economic and food aid, experts said.

Over the past 30 years, various nuclear talks have taken place between the US and North Korea and regional stakeholders. But those talks have stopped short of achieving the denuclearization goals as the parties concerned failed to close their differences.

Robert Gallucci, who served as the lead US negotiator with North Korea during talks in 1994 and now chairs US-Korea Institute at the Johns Hopkins School of Advanced International Studies, warned that Pyongyang has a history of breaking its promises.

“We made a deal with the North and they gave up the program. They then pursued secretly a program using highly enriched uranium with the Pakistanis,” he said in an interview with CNN.

In what is now known as the first nuclear crisis of 1993, North Korea startled the international community by threatening to withdraw from the Nuclear Nonproliferation Treaty that bans the development and acquisition of nuclear weapons by non-nuclear states.

A year later, North Korea and the US signed an agreement called “Agreed Framework,” under which Pyongyang would freeze operation and construction of nuclear reactors in exchange for nuclear power reactors and fuel oil. 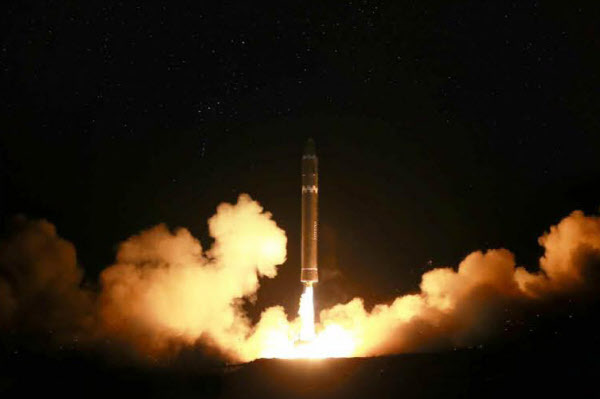 North Korea`s Hwasong-15 ballistic missile. Yonhap
But the agreement collapsed in 2002 during the US Bush administration which took a hawkish stance against North Korea following 9/11. North Korea claimed that it had withdrawn from the NPT in January 2003 and once again began operating its nuclear facilities.

The multilateral Six Party Talks held between 2003 and 2007 also proved futile in closing the gaps between the two parties and achieving the goal of denuclearization. Led by China, the now-defunct talks involved the US, South Korea, Japan and Russia

In September 2005, China orchestrated a six-party joint statement calling for denuclearization on the Korean Peninsula. When the Bush administration imposed financial sanctions on Pyongyang, North Korea walked out of the Six Party Talks and responded with their first nuclear test in October 2006.

In February 2007, North Korea agreed to close its main nuclear reactor in exchange for food, fuel and other aid from the United States. But two years later, North Korea conducted a long range missile and the second nuclear test. In 2009, North Korea decided it would no longer participate in the six party process.

Frank Aum, a visiting scholar at the US-Korea Institute at Johns Hopkins University, said although the latest inter-Korean agreement is a promising development, it is not a “game changer” in achieving the goal of denuclearization.

(The agreement) is definitely a positive signal compared to the last year of tension. But it’s not a game changer when viewed in light of the past 30 years of negotiations. North Korea‘s price for denuclearization will be extremely high and a price that I’m not sure the United States is willing to pay,” he told The Korea Herald.