During a press conference held at the 30 Studio in Jongro-gu, Seoul, on Monday, Kim So-hee, head of the Yeonhee Street Theatre Troupe, said that the troupe had been aware of the various sexual misconduct allegations involving Lee and that she has decided to disband the group in order to take responsibility. 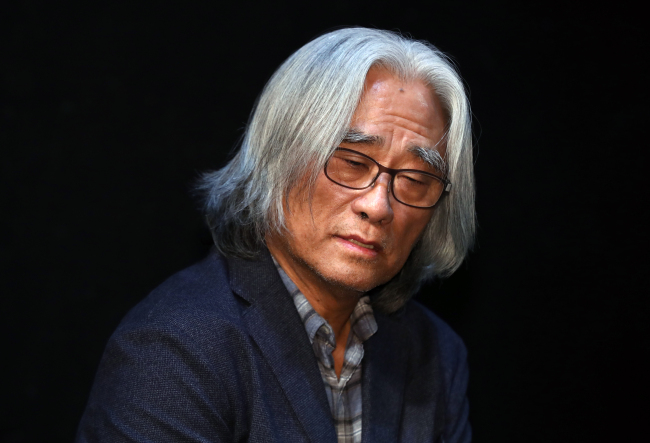 Lee Youn-taek speaks at a press conference in Seoul on Monday. (Yonhap)
Allegations of Lee‘s sexual misconduct surfaced as Kim Su-hee, a leader of another theater group, revealed on Facebook that she was sexually harassed by the 66-year-old director when she worked as an actress about 10 years ago. The revelation was then followed by a series of other revelations online that accused Lee of sexual harassment and abuse. Amid the growing public uproar, Lee held a press conference on Monday in Seoul to address the issue, attended by Kim as well.

“I sincerely apologize to the victims and members of Yeonhee troupe. I feel really ashamed of myself and terrible. I will accept any punishment, including legal responsibility,” Lee said.

However, he denied the allegation of rape. Earlier on Saturday, a former actress, who is said to have belonged to the Yeonhee troupe in the past, disclosed in an online community posting under an alias that she was sexually abused twice by the director in 2001 and 2002 in Miryang and Busan, respectively.

“There were sexual relationships, but it didn’t happen by force. Our thoughts (on it) could have differed,” Lee said. 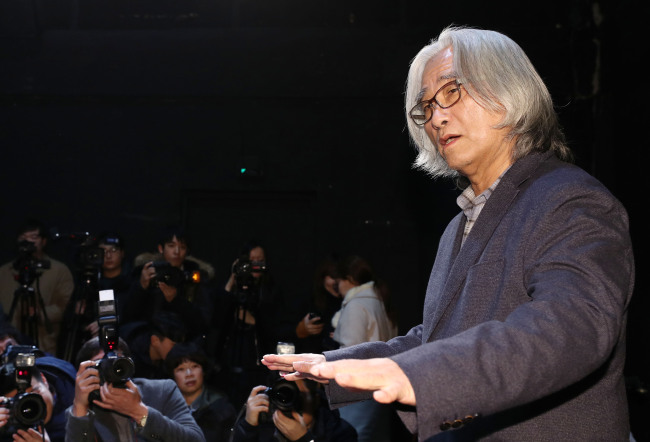 Lee Youn-taek speaks at a press conference in Seoul on Monday. (Yonhap)
Kim acknowledged that the troupe had been aware of Lee’s sexual misconducts but failed to take legal action.

“I was aware of Lee’s behavior within the troupe (that is now being accused of sexual abuse) and have heard the members’ complaints. But at that time, I failed to recognize that it was sexual violence and did not take legal actions,” Kim told reporters after the press conference ended.

“Our misconception has brought such a tragic result. As we thought the recent controversy surrounding Lee unpardonable, we decided to disband the troupe as of today after discussing it with our members.”

Kim also stated that she will conduct an independent fact-finding mission into the issue even after the troupe’s breakup and share its findings. Theater buildings that are related to, or have been registered in Lee‘s name, including 30 Studio in Seoul and Gamagol Small Theater in Busan will be sold as well, said Kim. 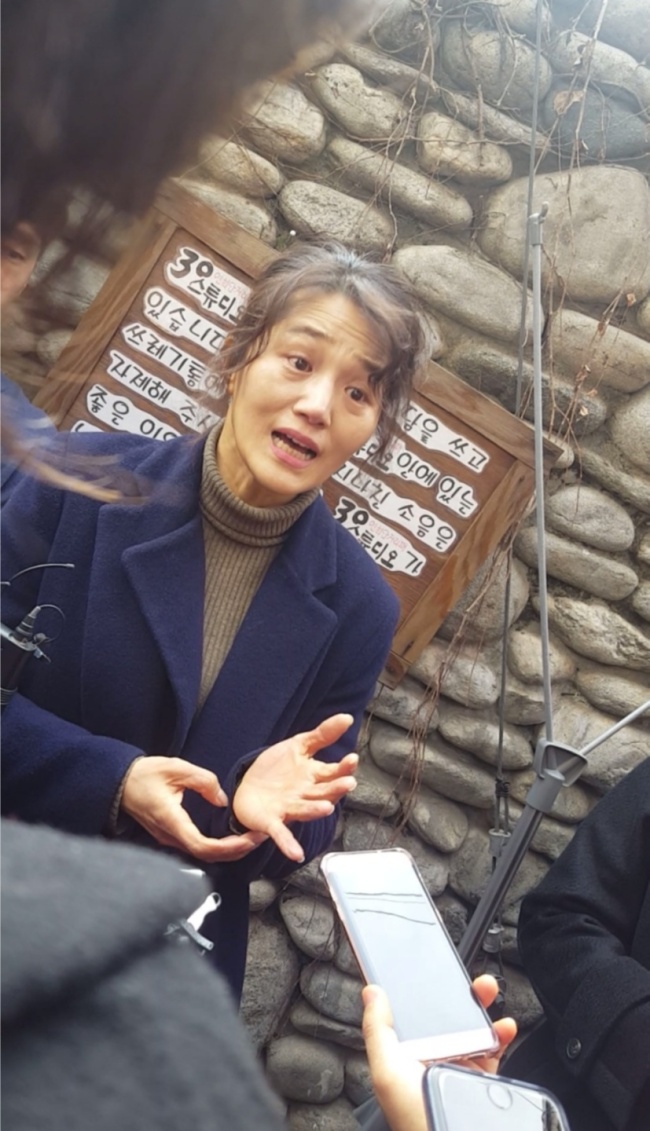 Kim So-hee, head of the Yeonhee Street Theatre Troupe, talks to reporters after press conference on Monday. (Photo by Hong Dam-young/The Korea Herald)
Expressing his willingness to apologize to the victims in person, Lee said, “I had made promises to our members ‘not to do it again’ when they protested my behavior, but I kept failing to keep it.”

“I think it is a very bad thing that happened customarily during my 18 years in the troupe. Maybe I did it without recognizing it as a sin, or maybe I just couldn’t suppress my filthy desire despite feeling guilty.”

Lee, who founded the Yeonhee troupe in 1986 in Busan, has halted all theatre activities and stepped down from his position as an artistic director within the troupe following the recent accusations. Having also served as a director at the National Theatre in the past, the veteran theatrical figure had won several awards such as Paeksang Arts Grand Prize and Seoul Paly Festival Grand Prize.