The amount of the fines mark the largest since October 2014 when the government implemented a upper cap on subsidies that were excessively offered by the telecom firms and device manufacturers to attract more customers.

The restriction, however, was abolished last September. 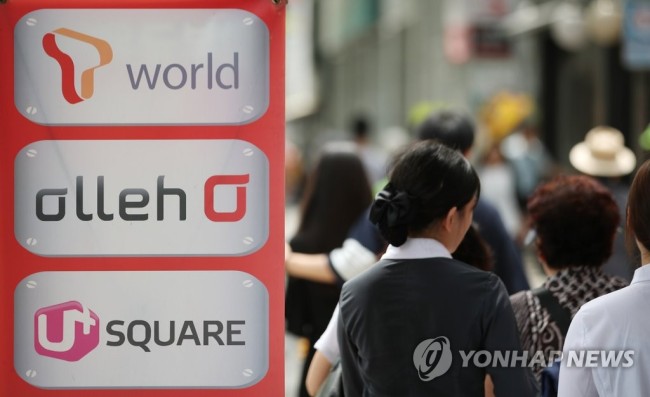 Logos of three mobile carriers (Yonhap)
SK Telecom, the biggest mobile carrier by the number of mobile subscribers, was slapped with the largest amount of fines at 21.3 billion won.

Samsung Electronics’ sales entity that runs about 300 Samsung Digital Plaza shops across the country was also fined 7.5 million won. Other 171 retailers that distribute mobile devices were issued a total of 10.9 million won in fines.

The KCC said in his ruling that the mobile carriers and retailers were found offering unfair amounts of subsidies -- over 330,000 won that was used to be the upper cap under the scrapped subsidy law -- during the period between January and August 2017, which was before the limit was lifted.