Govt. decides on range of measures to curb cryptocurrency speculation

During an emergency meeting of senior officials from related ministries, the government also decided to prohibit local financial institutions from possessing, purchasing or investing in the virtual currencies.

The measures also include checking the indentities of those doing bank transactions related to cybermoney investments.

The move came amid growing concerns about possible financial damage to local investors. 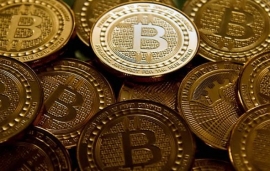 Cryptocurrencies, such as bitcoin and ethereum, have rapidly gained popularity in recent years. South Korea is home to one of the world's largest bitcoin exchanges, with about 1 million people estimated to own some of the best-known digital currency.

Wednesday's meeting brought together officials from the ministries of justice, finance, and science and ICT, as well as from the Financial Services Commission, the Korea Communications Commission, the Fair Trade Commission and the National Tax Service. (Yonhap)