The Ministry of Science, ICT, and Future Planning said next year's science and technology budget, which is subject to parliamentary endorsement later this year, has been set to gain 1.9 percent on-year from 2017.

Of the total, 6.5 trillion won will be spent on research and development of indigenous technologies to cope with the fast-paced industrial transformation, dubbed the "fourth industrial revolution." The planned allocations will assist in securing critical know-how, such as artificial intelligence  and unmanned vehicle technologies as such sectors can eventually lead to the development of more cutting-edge technologies. 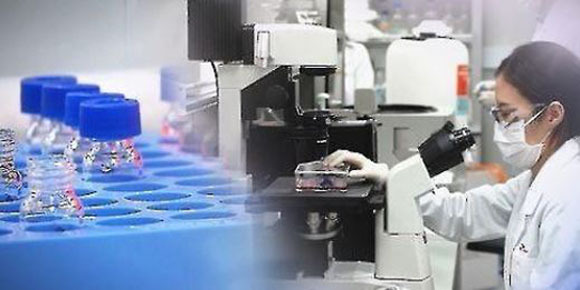 (Yonhap)
Another 6.86 trillion won will be used to develop fusion technology related to the defense, medicine and manufacturing sectors.

The government said it will first allocate 52.5 million won to a total of 350 up-and-coming researchers who posses good potential to make breakthroughs.

The budget plan, the first of its kind since President Moon Jae-in took office May 10, shows the administration's focus on making headway in the fusion of cutting-edge technologies.

The ministry said technologies, such as Internet of Things and AI, are forecast to generate business opportunities and profits worth 560 trillion won by 2030. (Yonhap)