The warning by the North's Korea Asia-Pacific Peace Committee came one day after North Korea's government rejected the UN sanctions over its long-range missile tests and vowed retaliation against Washington "thousands of times."

"(Enemies) should not forget that we are ready to ruthlessly take strategic measures involving physical actions by fully mobilizing our national power," a spokesman at the committee was quoted as saying by the North's official Korean Central News Agency. 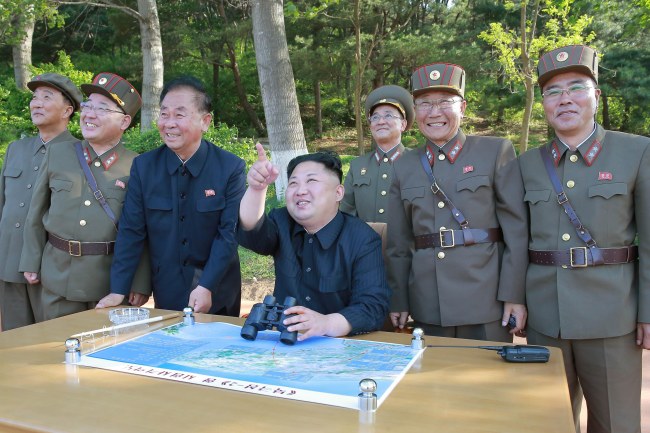 North Korea on Monday warned of a stern action of justice against the US, accusing Washington of committing heinous crimes against the North and its people.

The UNSC on Saturday adopted fresh sanctions on North Korea following its two tests of intercontinental ballistic missiles in July.

The measures, including a ban on all exports of coal, are aimed at slashing the North's annual export revenue of US$3 billion by a third. The sanctions resolution marked the eighth of its kind since 2006, when the North conducted its first nuclear test.

North Korea reiterated that it will not put its nuclear weapons on the negotiation table, pledging to stick to its signature policy of seeking nuclear armament and economic development, commonly known as the "byongjin" policy.

Tensions on the divided Korean Peninsula are running high as North Korea has kept staging its provocative acts despite Seoul and Washington's warning of tough sanctions and pressure.

"(South Korea) should not run amok, bearing in mind that we can turn western front-line islands and even Seoul into a sea of flame," the Korean Central News Agency said.

An official at Seoul's unification ministry urged North Korea to choose the path toward denuclearization.

"If North Korea does not cease its provocations, it will face tougher sanctions," the official said. "The government plans to make efforts to resolve North Korea's nuclear issue peacefully and diplomatically." (Yonhap)