The Animal and Plant Quarantine Agency said Canberra has agreed to ease quarantine inspections of the Campbell Early type of grapes, which effectively translates into the easing of restrictions on all outbound shipments of the fruit. 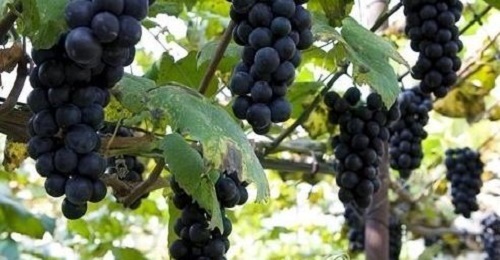 (Yonhap)
Under existing rules only nine cities and counties in South Korea were allow to export grapes to Australia.

After beginning to ship grapes in 2014, total shipments peaked at 51 tons in the following year, before dropping to 24 tons in 2016.

"With the lifting of restrictions and more grape growing regions eligible to export goods, the country should see a rebound in exports moving forward," a quarantine official said. (Yonhap)