According to data released Sunday by the International Monetary Fund on 190 countries, South Korea’s per capita GDP stood at $27,633 as of October 2016. The Ministry of Strategy and Finance claimed that the figure will reach $29,200 this year and rise up to $30,353 in the following year.

Should the prediction be met, the nation is likely to edge past Italy which reached $30,294 per capita GDP last year but is still faced with a slow growth --in January the IMF lowered this year’s growth forecast for the European state from 0.9 percent to 0.7 percent. 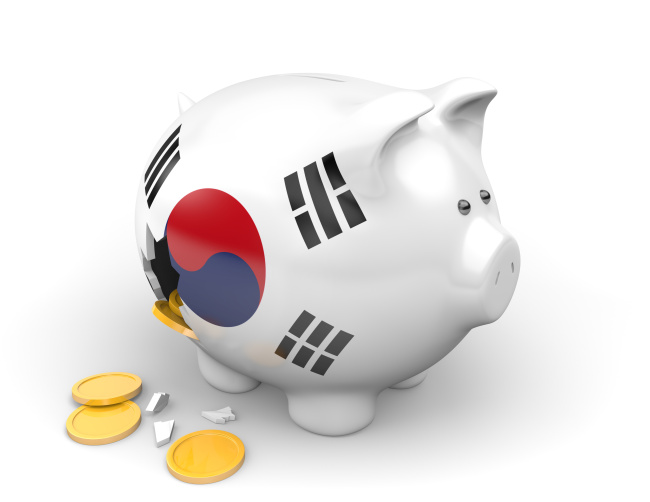 The $30,000 line is considered a milestone in per capita GDP as all of the Group of Seven industrialized countries remain above the amount.

Should the government prediction turn out true, South Korea will reach this reference line in 12 years since its per capita GDP first surpassed the $20,000 mark, which is relatively slow compared to the global average.

According to the National Assembly’s Budget Office data, the average period it takes a state to up its per capita GDP from $20,000 to $30,000 is 8.2 years. The analysis excluded countries with special circumstances such as oil production and an exceptionally small-sized economy.

Switzerland made the leap in just two years, while France and Canada took longer than 12 years.

Despite the government’s optimistic forecast, concerns persist that the rise in per capita GDP may be held back by disappointing economic growth or a weak Korean won.

The ministry’s figures are based on the assumption that the growth rate for this year and next year will be 3 percent, making a progress from the 2 percent range growth rate in 2015 and 2016.

The Moon Jae-in administration, which kicked off in May this year, has vowed to pull off sustainable growth forward by boosting exports and domestic consumption under the slogan of “income-led growth.”

The vision, however, faces challenges such as weak production, low birth rates and an ageing society, and the persisting slow growth of the global economy.

Another risk is the plausibility that the pace of the US benchmark interest rate may weaken the Korean won as early as within the year or by the first half of next year.

South Korea saw an increase in its won-based GDP in 2007-2009 but its dollar-based per capita GDP fell during this period due to the drop in exchange rate.