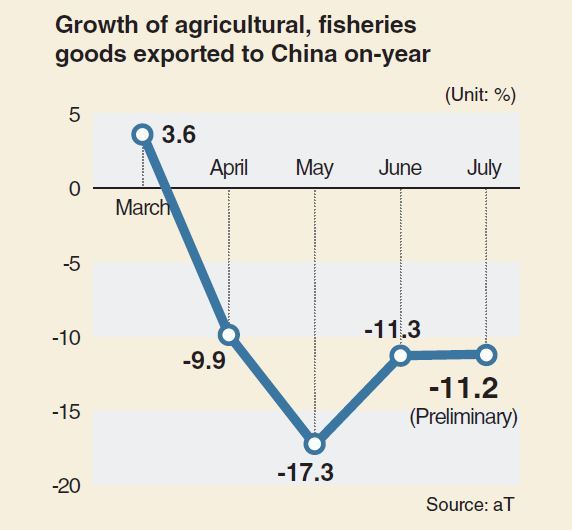 South Korea’s agricultural and fisheries shipments to China fell in July for the fourth consecutive month amid the ongoing diplomatic dispute between Seoul and Beijing over the deployment of a US anti-missile system here, data showed Friday.

South Korean agricultural and fisheries goods exported to China were estimated at $111 million in July, an 11.2 percent decrease from $125 million during the same period last year, according to data from the state-run Agro-Fisheries and Food Trade Corp.

After posting 3.6 percent on-year growth in March, exports to China began falling in April, when South Korean companies started to face boycotts and regulatory inspections there.