South Korea said Monday it will hold a combined live-fire naval exercise with the United States and Canada this week in its southern waters.

Hosted by South Korea's Maritime Task Flotilla Seven, the three-day training exercise will be staged in waters near Jeju Island from Friday, according to the Navy. 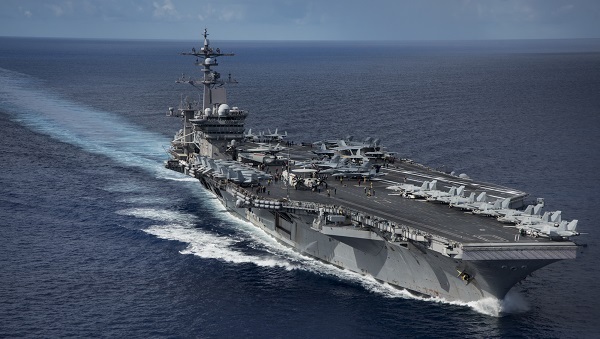 Even through Canada participated in the 1950-53 Korean War to help the South fight against the invading North, it's unusual for Canadian warships to join South Korea-US naval drills here.

"The joint exercise is expected to serve as an opportunity to improve our navy's combined operational capability and promote friendly relations with the US and Canada," said Rear Adm. Kim Jeong-su, the commander of the MTF 7.

The Canadian naval ships are in Asia on the occasion of the nation's 150th anniversary of the Confederation for numerous opportunities to exercise with regional partner navies at sea and make port calls. (Yonhap)