Senior diplomats of South Korea, the United States and Japan will meet this week seeking to chart new ways to rein in North Korea as the communist country appears to be on the verge of another nuclear provocation.

The meeting scheduled for Tuesday in Tokyo will bring together chief negotiators on the North Korean nuclear issue to coordinate their responses to evolving nuclear and missile threats posed by North Korea. 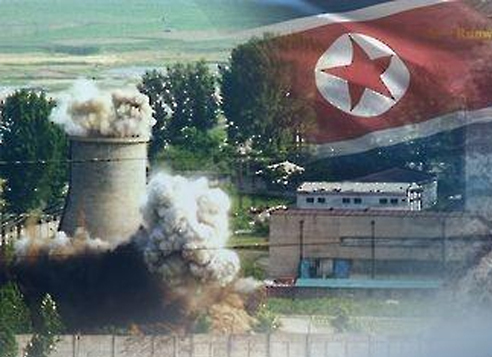 (Yonhap)
The Donald Trump administration is in the final stage of the formulation of its North Korea policy which will reportedly employ "maximum pressure and engagement."

The trilateral talks, coming on the heels of US Secretary of State Tillerson and Vice President Mike Pence's recent visits to the region, are expected to provide a clearer picture of how the three countries' joint approach toward North Korea will be shaped under the Trump administration.

Mirroring the message Tillerson made during his earlier visit to South Korea, Pence again declared "all options are on the table" in Seoul a week earlier. His remark was widely interpreted as hinting at military action.

Pence also warned North Korea against testing the Trump administration's "resolve or strength of the armed forces," shown in the US air strike on Syria in reaction to the the Syrian government's use of chemical weapons on civilians.

The talks will involve Kim Hong-kyun, special representative for Korean Peninsula peace and security affairs at the foreign ministry, and his US and Japanese counterparts, Joseph Yun and Kenji Kanasugi.

The ministry said that they will also discuss their coordinated message to be sent to the North at a United Nations Security Council meeting to be held this week.

On April 28, Tillerson will chair a UNSC meeting on North Korea to discuss how the council could better cope with the regime's prohibited nuclear and missile programs.

South Korea's Foreign Minister Yun Byung-se is expected to join the meeting, which again is likely to provide a chance to further sharpen trilateral efforts to deal with the North Korean threats.

The meeting coincides with the 85th anniversary of the establishment of the (North) Korean People's Army. The North usually marks key anniversaries with a military show of force, including nuclear and missile tests.

South Korean officials said the country is technically ready to conduct a nuclear test at any time.

Another round of nuclear tests is expected to bring North Korea close to owning a nuclear weapon small and light enough to be mounted atop a long-range missile, a goal it has pursued since its first atomic arms explosion in 2006. Its fifth and latest test was conducted in September last year. (Yonhap)