The National Election Commission issued a statement saying that it will begin accepting registrations from potential candidates ahead of the presidential election, largely expected to be held in early May. Applicants are required to submit a number of documents proving their eligibility to run for office. 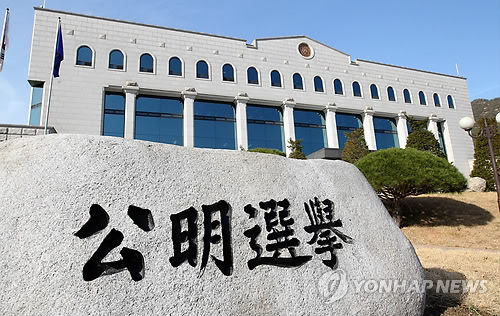 "As the presidential election will be held early, we will strengthen guidance so as to prevent potential candidates from breaking election laws," the NEC said, also warning that campaign offenses will be dealt with sternly.

Kim Yong-deok, NEC chairman, plans to make a public statement Saturday. He is expected to underscore the importance of this election and call for voters to participate in the democratic process.

The Ministry of Interior also announced that it will move swiftly to decide on an exact voting date while promising a fair election. The government will also decide whether to make it a temporary national holiday.

The ministry also raised the level of cyber alert to "caution," and ramped up monitoring of suspicious activities on websites and servers of state-run agencies.

It also announced a plan to form a task force to sort and transfer presidential documents from the Cheong Wa Dae, 18 blue-ribbon advisory committees and the Office for Government Policy Coordination. (Yonhap)