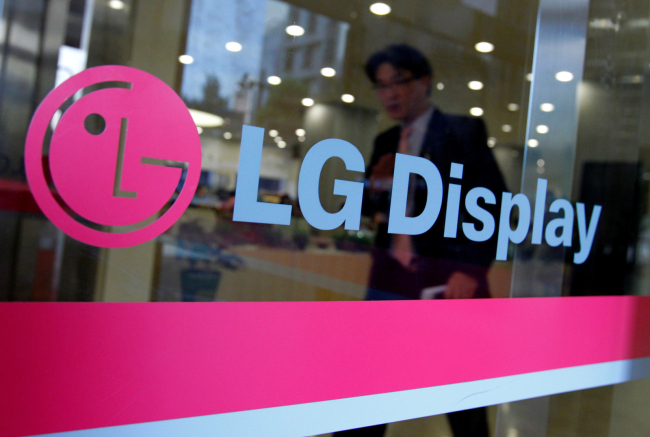 (Yonhap)
LG Display CEO Han Sang-beom on Feb. 20 hinted that the firm could start supplying liquid crystal displays to its cross town rival Samsung Electronics from as early as July this year.

The two firms have been in talks on LCD supplies since Sharp, owned by Taiwan’s Hon Hai Group, notified its supply cuts to Samsung in November last year. Sources say the panel shipments are being delayed as they adjust different manufacturing technologies.

“Nothing has been set in stone, regarding the supply schedule. I can’t give the exact time frame but it will be safe to say the supply can take place in the early second half,” Han told The Investor after the general meeting of the Korea Display Industry Association in Seoul. He is also chairman of the organization.

The Japanese display maker has provided an annual 5 million LCD panels to Samsung, totaling about 10 percent of the company’s annual TV production. For this year, sources said, Samsung increased orders to some 6 million units.

Samsung has decided to increase supply from its affiliate Samsung Display, while asking for help from its crosstown rival LG Display, Taiwan’s AUO and China’s BOE. Sony, which receives panels from Samsung Display, is in talks with LG Display and other Chinese display makers to fill the gap.