According to the invitation, Samsung said it would unveil its new product at the Samsung Press Conference to take place in Barcelona on Feb. 26, a day before the MWC’s opening ceremony.

Although Samsung did not elaborate on details of its new product, the photo attached showed the bezel in the bottom of the tablet and the contour of the home button, indicating it is a Galaxy Tab S3, industry sources said.

The Korean tech giant is also expected to give the audiences a glimpse of its flagship smartphone Galaxy S8 at the event through one-minute video clip. Samsung, which normally unveiled its Galaxy S series at the MWC, delayed the launch to April due to the safety issues caused by Note 7 explosions. 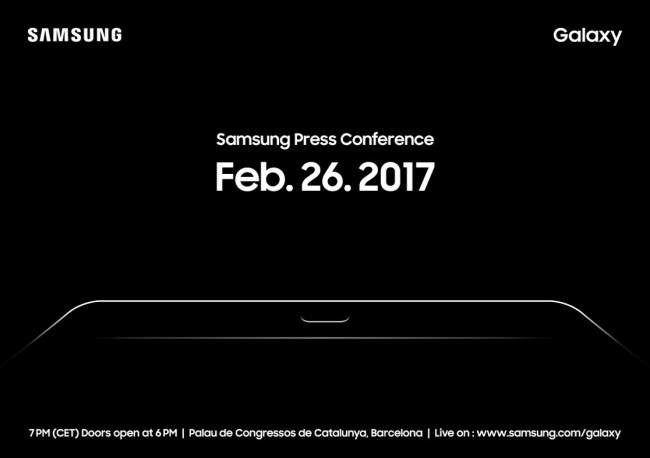