Celltrion submitted Herzuma to the EMA on Oct. 27. Herzuma is a biosimilar referencing Roche’s blockbuster breast cancer drug Herceptin (trastuzumab) which raked in a revenue of $6.8 billion worldwide in 2015. 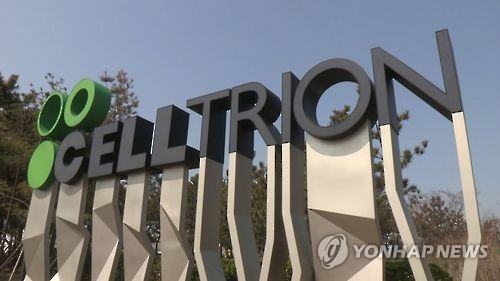 The Celltrion headquarters in Songdo, Incheon (Yonhap)
Biosimilars refer to cheaper, near replicas of expensive biologic drugs that have lost patent protection. Drug companies around the world, including Celltrion, have been working on commercializing biosimilars with the aim of taking away a portion of the high profits previously enjoyed by the drugs’ original developers.

“After conducting multiple clinical trials on the efficacy of Herzuma on diverse breast cancer-related ailments, we have secured an advantage as a ‘first mover’ in the (Herceptin biosimilar segment),” Celltrion said in a statement.

“Breast cancer treatments are particularly more expensive than conventional anti-cancer drugs, putting a financial burden on patients. We will try our best to score regulatory approval to commercialize Herzuma (in Europe), it said.

The Korean drugmaker also stated plans to seek regulatory approval from the US Food and Drug Administration to sell Herzuma in the US.

Celltrion’s Herzuma was already approved for sale in Korea two years ago. In January 2014, the Korean Ministry of Drug and Food and Safety approved Herzuma for the treatment of metastatic breast cancer, early stage breast cancer and metastatic stomach cancer.

Other companies which are currently working to commercialize Herceptin biosimilars include Amgen, Pfizer and Samsung Bioepis.