“The economy has been experiencing improved domestic demand led by rising consumption, but the production front has remained in the doldrums due to faltering exports,” the Finance Ministry said in its monthly economy assessment report called the “Green Book.” 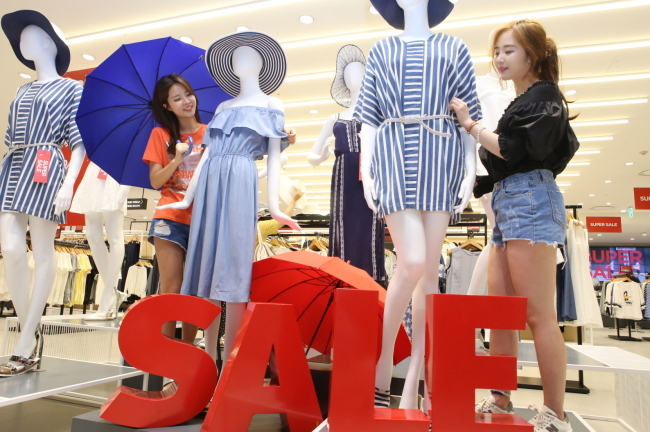 The latest data demonstrated that consumption and production have been moving in the opposite direction, while the government poured in nearly 30 trillion won (US$27.05 billion), including 11 trillion won worth of an extra budget, to boost the economy.

Retail sales are the mainstay of the demand side, partly recovering from a deep depression derived from the outbreak of Middle East respiratory syndrome a year ago.

Sales of passenger cars soared 24.1 percent on-year in June to steer total retail sales to an 8.9-percent jump, up from a 5.3-percent gain in May, as more people rushed to buy cars before the government‘s tax-cut program ended on June 30.

The service industry saw its production gain 1 percent in June from a month earlier on the back of brisk sales of cars and increased stock transactions.