[ The Korea Herald – Send E-mail ]
Slow digitization of birth records hinders adoptees’ searches
By Claire Lee
Published : Aug 4, 2016 - 17:14
Updated : Aug 4, 2016 - 20:59
The number of Korean adoptees who requested to see their birth records increased dramatically from 2012-15, since the revision of the adoption law here, but a lack of digitization is slowing access to the information.

Only 35 percent of the some 230,000 relevant documents have been digitized and archived by the government.

According to the Ministry of Health and Welfare, the number of adoptees who asked to see their birth records increased from 258 in 2012 to 1,324 last year. 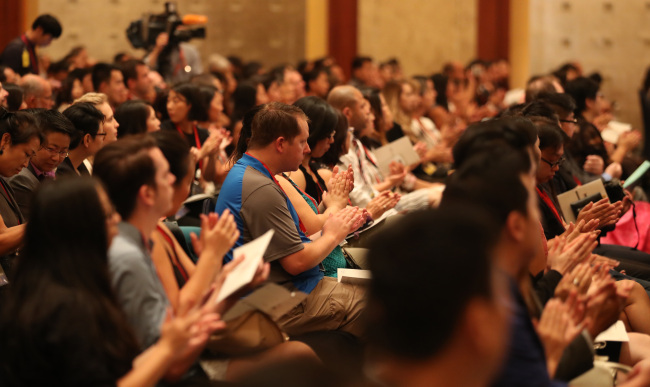 In total, 4,790 adoptees requested their records from 2012-15, but only 14.7 percent of them were able to reunite with their birth families, according to data released by Rep. Lee Jong-kul of the Minjoo Party of Korea.

Since 2013, the Korean Adoption Services has been digitizing birth record documents housed by adoption agencies here. Of the 230,000 documents, only 79,653 have been digitized as of this year.

Adoptees whose records are not archived by the KAS are often left with the only option of visiting the agency personally to access records. Some of them might even have no agency to visit as it might no longer be in business.

Several adoptees have suggested that even if the digitizing process is completed, it may not be able to help them search for their birth families.

Many adoption papers have false information, such as false names -- both the names of the child and their birth parents -- and incorrect birthdates, which make it difficult for many adoptees to reunite with their birth families.

Still, Kim Eun-hee, the head of the Korean Unwed Mothers Families Association which advocates birth mothers’ rights, said digitization of the documents is crucial as it at least gives information on which agency is responsible if an adoptee finds out that his or her records were fabricated.

“That’s still an important information I think,” she told The Korea Herald. “This way at least adoptees will know the very first agency that created their records, whether they are false or not.”

Kristin Pak, an adoptee who is with Adoptee Solidarity Korea – a group of adopted Korean adults living and working in Korea -- agreed with Kim. She argued that some adoption agencies forged the documents to make each child “adoptable,” and to keep the supply of children flowing while laundering their identities.

Children who were younger, “orphaned” or “abandoned” – even when their biological parents were alive – and those without siblings were considered more “adoptable” than others, she explained.

“The agencies should be held accountable for falsifying the files,” she told The Korea Herald.

“I think being able to see, touch and smell our own history is important, too,” she told The Korea Herald. “You can’t do that in a digital archive.”

Pak from ASK said the South Korean government should be in charge of DNA testing with an outreach campaign, on top of archiving the documents, to help those who wish to reunite with their birth families.

“The government can cross reference with missing persons reports (while private organizations cannot),” she said.