Kia Motors Corp. said Thursday that it has reached a deal with the northern Mexican state of Nuevo Leon on incentives, giving a boost to South Korea's second-largest carmaker in running its plant in Mexico.

The two sides said in a joint statement after a signing ceremony in Nuevo Leon that they found a reasonable middle ground, Kia Motors said. 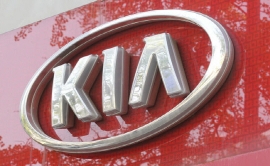 A company official said the deal would cover infrastructure such as roads, railways, electricity and industrial water for the plant, noting no significant changes have been made from their previous deal signed in 2014. Still, he declined to elaborate and asked not to be identified, citing policy.

Kia Motors was also promised, among other things, land for the plant free-of-charge and a five-year corporate tax exemption by the state of Nuevo Leon.

The two sides had been deadlocked as Nuevo Leon's new governor Jaime Rodriguez Calderon sought renegotiations with Kia Motors on incentives since his election last year.

The deal came two months after President Park Geun-hye asked her Mexican counterpart, Enrique Pena Nieto, to help address the dispute during their summit. Pena Nieto told Park that he will instruct his economic minister to resolve the row between Kia Motors and the state of Nuevo Leon in a satisfactory manner.

The company official said the summit played a key role in breaking the impasse.

Last month, Kia Motors began production of the K3 compact car at the plant in Mexico, its fourth overseas plant.

Kia said it plans to expand its presence in Central and South America as well as North America by taking advantage of Mexico's many free-trade agreements to ship duty-free cars to most of those markets. (Yonhap)