Called “K-Culture Valley” for the time being, it will be built on 326,393 square meters across the Korea International Exhibition and Convention Center in Goyang, featuring six differently themed zones that highlight Korean pop music, TV dramas, and movies as well as the country’s history and retro culture. 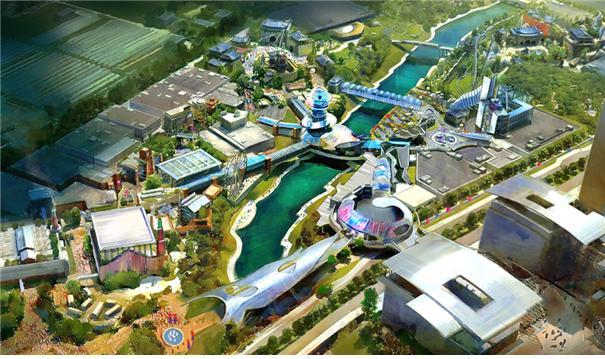 Computer-generated image of the hallyu theme park, slated to open in 2017 in Goyang, Gyeonggi Province. (The Ministry of Culture, Sports and Tourism)
President Park Geun-hye attended Friday morning’s groundbreaking ceremony for the theme park, which is part of the government’s ambitious culture project to utilize and promote the country’s unique and diverse cultural resources and content. The CJ Group is the major developer of the theme park, responsible for its design and development.

“The theme park will be a platform connecting the public to diverse hallyu content,” said Choi Bo-keun, director general of content industry bureau of the Ministry of Culture, Sports and Tourism, at a news conference on Thursday.

The K-Culture Valley is one of the three major culture projects undertaken by the Culture Ministry with private corporations such as CJ Group and Korean Air. Other projects include a space dedicated to traditional culture in Jongno-gu and K-pop concert hall in Songpa-gu, Seoul, which are both also due to open in 2017.

The presidential office said the project is expected to create 56,000 jobs over the next five years and have an economic effect of 8.7 trillion won ($7.3 billion). K-Culture Valley is expected to attract 5 million tourists annually, it added. 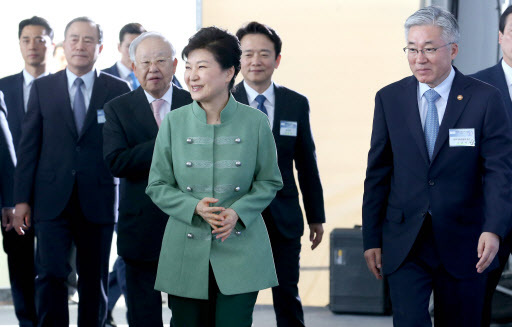 Other commercial facilities, including hotels, restaurants and shops, will be completed in stages after 2017, the Culture Ministry said.