[ The Korea Herald – Send E-mail ]
[Herald Interview] Actress Uhm Jeong-hwa eager for more roles, challenges
Sexy singer and actress becomes frazzled stay-at-home mom for upcoming comedy “Wonderful Nightmare”
By 원호정
Published : Aug 5, 2015 - 17:37
Updated : Aug 5, 2015 - 17:42
When people talk about Uhm Jeong-hwa’s career as an actress, they often describe it as having begun with a successful transition from her singing career. Uhm’s long and diverse filmography certainly confirms that it was successful -- but at an interview at a cafe in Seoul on Monday, Uhm emphasized that it wasn’t a transition.

“I actually debuted as an actress,” she said. “It just happened to take me eight years to find my second movie.” During that time, Uhm built her name as a sexy and charismatic pop star, but she says that she always missed being on set. 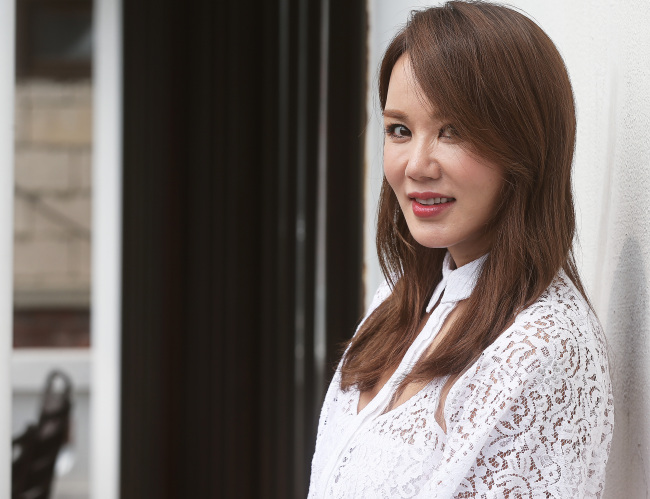 Uhm Jeong-hwa (Yonhap)
“Because the wait was so long, I was eager to dive into as many roles as possible,” Uhm said. “Every role is a new experience that mingles with my own personal experiences to make me evolve into a new person. I want to be an actress that people can really relate to, someone who is sincere in every role. If it’s important to the story, I don’t mind being ugly or imperfect. Change is what acting is about.”

That sincerity was Uhm’s goal when she took the role of Yeon-woo in the upcoming family comedy “Wonderful Nightmare,” also starring Song Seung-heon. Yeon-woo is an in-demand, unemotional single lawyer who, through a series of events, is forced to live a month in the life of a stay-at-home mom of two kids.

“I think the meaning of family (as Yeon-woo realizes it) hit me hard because I don’t have a husband or kids,” she said. “I hope people will say I fit well in the role.” 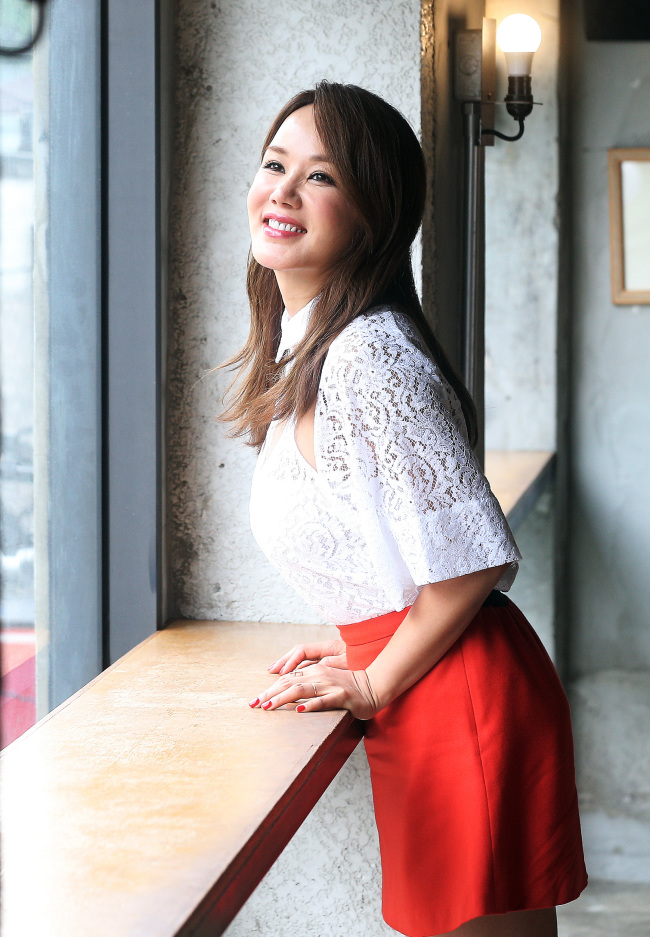 Uhm Jeong-hwa (Yonhap)
Uhm says that the time she spent with the other women on the set of “Wonderful Nightmare,” who played her neighbors, also reminded her of the film industry’s bias towards male leads. “When the actresses are all chatting together, you can feel their passion. They’re always talking about wanting to do more films.”

“I hope there will be more stories about women like ‘Wonderful Nightmare,’” she said. “Actresses have to wait so long to get new roles, while I see male actors who are doing multiple roles at once.”

While acknowledging that she has been fortunate to play roles in a variety of genres, Uhm says she’s still looking for more. “I’ve played a lot of characters in dramatic circumstances -- losing a child, or trying to find them again, and so forth. I’d like to try something that’s focused less on the events and more on the mind and life of the main character.”

As for her status as a household name in both music and acting, she said, “It makes me proud, but also anxious. I’m grateful that people look forward to my work and continue to take an interest, and it gives me a lot of strength.”

After a short pause, she flashed a smile and added with a laugh, “But there’s also pressure, so I need ‘Wonderful Nightmare’ to do really well.”

Promoting her latest film, she said, “It’s the only movie in theaters that’s both moving and funny. You can watch it with your whole family. It’ll be the biggest surprise this summer.”