Ha Jung-woo has never been an actor to turn down a challenge.

For “Kundo: Age of the Rampant” (2014), he shaved his head and played the part of a lowly 19th-century butcher who ferociously avenges his family. In “The Terror Live” (2013), he was an anchorman rigged with an armed bomb. “The Berlin File” (2012) transformed him into a deadly North Korean agent.

Despite Ha’s chameleon talents, when director Choi Dong-hoon (“The Thieves”) tapped him for the film “Assassination,” he asked him to play a character that required hardly any acting.

“When I read the script, I could see that (Choi) had observed me carefully,” Ha said at a round-table interview at a cafe in Palpan-dong, Seoul. “The character felt like me, in the stage directions written on the script, in the way that he played around with words when he spoke.” 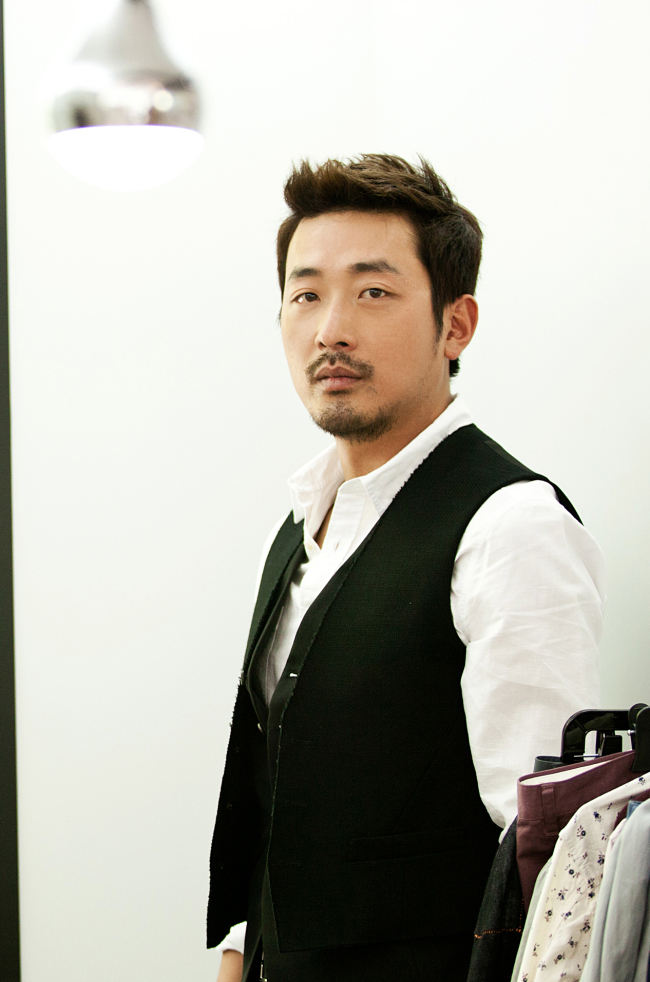 Actor Ha Jung-woo (Fantagio)
In the action-packed, star-studded “Assassination,” Ha plays Hawaii Pistol, a hit man who would kill anyone of any nationality for the right price. He takes a job to eliminate three Joseon (Korean) independence fighters who are planning an assassination attempt of their own on high-level Japanese figures.

For “Assassination,” set in the dark era of the Japanese colonial rule, to be a commercial success, it had to find balance: the middle point between a heavy-handed story of patriotism and an irreverent lightweight. Ha’s character Hawaii Pistol was instrumental to finding that middle ground.

“That’s exactly what (Choi) asked of me,” said Ha. “Insincere, but weighty. Weighty, yet light. He wanted me to move back and forth across that line.”

Hawaii Pistol is the most cinematic of the characters featured in “Assassination,” always put together in his fedora hats, long trench coat and carefully groomed mustache.

“In the last scene with (actress) Jun Ji-hyun, I wanted the shot of the two of us to look like Clark Gable and Vivien Leigh from ‘Gone With the Wind,’” he said. “No matter how dark the times may get, you always need romance. You need room to breathe. That was the message that Hawaii Pistol and Pomade (Oh Dal-soo) were responsible for conveying.”

Although Hawaii Pistol is depicted as a character with no allegiances, throughout the movie it feels as if he is on the independence fighters’ side. Ha says that the feeling stems from the way he imagined Hawaii Pistol’s life.

“I imagined Hawaii Pistol as having lived in an affluent family, where Pomade was his butler. He takes on anticolonial rule ideology and kills his own father, who is pro-Japanese rule. When he starts to regret his own choices, he’s anchored by his mother and Pomade, who support his political beliefs. But when his mother dies, he snaps. He starts living a life of a gypsy, with no country.”

“That’s why, when he meets Ok-yun (independence fighter played by Jun), she seems so familiar,” Ha continued. “Like he knows her already. That’s how their story starts.” 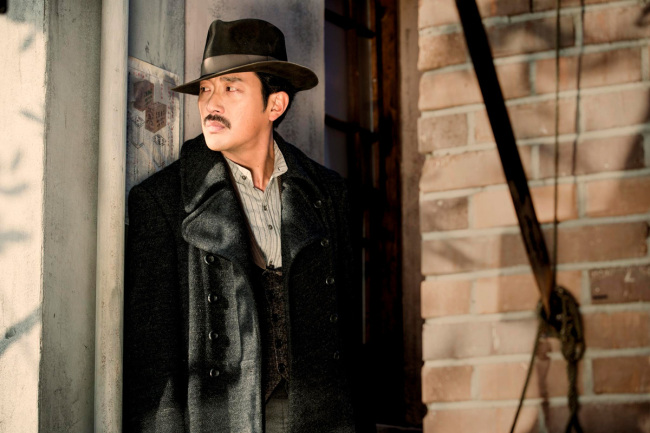 Ha Jung-woo in "Assassination" (Showbox)
“Assassination” follows the story of three Korean independence fighters who are tasked with killing two key Japanese figures by a man with ambiguous loyalties, while being chased by a hit man themselves. It opened in local theaters Wednesday.