While the story of South Korea’s so-called economic miracle achieved on the back of strong state intervention has been widely attributed for its rise as an advanced economy, a new type of business system has now taken root driving forward innovation, according to a business scholar.

As state intervention in the economy has waned dramatically through waves of deregulation and liberalization since the 1980s, a different system is propelling Korea’s economic development today, said Xiaoke Zhang, a professor of Chinese business and management at Manchester Business School in the U.K. 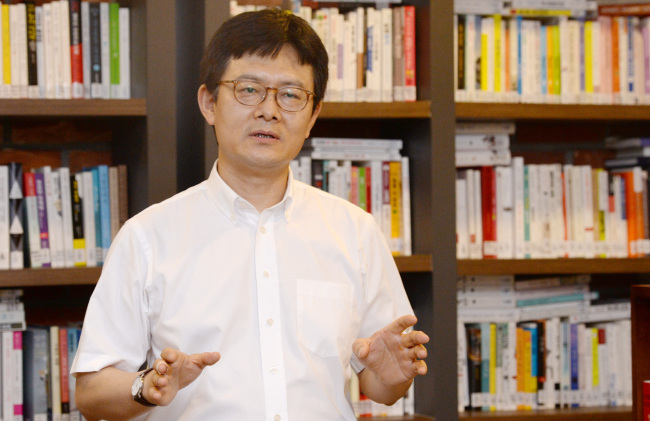 “Many have argued that state-business linkages are not as close as they were before, but in the key high-tech sectors, these linkages have become even closer,” he said, referring to the country’s forward-looking industries including the biotechnology, semiconductors, new materials and precision engineering sectors.

Zhang, whose academic expertise centers on analyzing and comparing business systems across Asia, said that Korea, alongside Taiwan and Japan, is equipped with a collaborative co-governance structure in the abovementioned industries that drives forward innovation.

If the Korean government in the past used largely protectionist policies such as enacting special trade laws and subsidizing credit to support domestic industries, it now reportedly utilizes indirect means to organize, orchestrate and promote growth in the high-tech sector by pursuing close collaboration with the private sector.

Active communication flows exist between economic bureaucrats and policymakers, and the business organizations in a specific sector, helping to facilitate active information exchange and develop solutions that are in tune with existing market conditions, according to the professor.

“I’m talking about institutionalized, in other words, very dense and efficient business networks that exist between the state and private sectors,” Zhang said, adding that such linkages do not exist in other Asian countries such as Malaysia, China and Hong Kong.

Sector-based business associations play a particularly important role as well in connecting the individual firms with the appropriate government agencies by acting as platforms for mutual support and exchange between interlinked stakeholders, the professor said.

Compared to countries like Taiwan and Japan, which share systematic and structural similarities, Korea’s high-tech industry is largely dominated by the chaebol firms, according to Zhang. However, there remains room for small firms to input their specialized skills and services in a given sector.

“For instance, large companies such as Samsung, SK hynix and Dongbu HiTek dominate the semiconductors industry, because they have better human, financial and technical resources,” Zhang said.

“At the same time, small and medium-sized companies are playing quite an important role in different segments of a given industrial sector, including research and development,” he added.