“Samsung Electronics is considering fingerprint sensors on its Galaxy Note 4 that may be area-type sensors instead of Galaxy S5’s swipe-type sensors,” said the industry watcher, who declined to be identified.

The comments were in line with earlier plans from Galaxy S5’s fingerprint sensor provider Synaptics, which said it would be unveiling a small area-type scanner in the second half of this year. Currently, Samsung Electronics is Synaptics’ sole client in smartphone biometric technology. 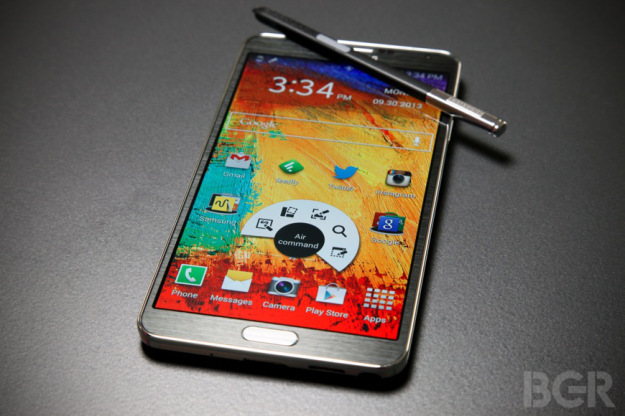 “Area-type sensors are more convenient to use than swipe-sensors as users only have to hold their fingertip in place over the sensor area,” said the Korea Internet & Security Agency’s Kim Jae-sung, who is in charge of biometric standardization.

In 2013, there was speculation that the Galaxy Note 3 would adopt fingerprint sensor technology but it did not due to technical issues. However, since the company succeeded in adopting the technology for its Galaxy S5, its next smartphones have a high chance of adopting it until new security technologies such as iris recognition are developed, an industry source said.

Apart from fingerprint technology, the Galaxy Note 4 is rumored to feature an upgraded 16-megapixel rear camera with optical image stabilization. The device will also come with the same 2-megapixel front-facing camera that is currently used in the Galaxy S5. The smartphone will sport the Galaxy S5’s IP67 certification, meaning it is both waterproof and dust-resistant.

The Galaxy Note 4 will be powered by a Quad Core Snapdragon 805 processor that clocks in at 2.5 GHz, and its screen will have a resolution of 2560x1440. The new device is expected to come in two variants. One of the devices, which will roll out in China, Korea, Japanese and North America, will feature a Snapdragon 805 SoC, while all other regions including Europe will receive a variant with an Exynos SoC.