[ The Korea Herald – Send E-mail ]
[Eye on English]Disputes show importance of translation
Balance between accuracy and contextual meaning an ongoing debate among literary translators
By Lee Woo-young
Published : May 14, 2014 - 20:59
Updated : May 14, 2014 - 21:02
Recently, a debate rose in the literary world over the Korean translation of the novel “The Stranger” by French writer Albert Camus.

What triggered the debate was the claim by the publishing company Saeum that the original Korean translation had many translation errors. The publisher even argued that “‘The Stranger’ we’ve read so far is not Camus’ original.”

The claim instantly drew the attention of readers, with 4,700 copies of the new version sold in just two weeks, according to Saeum. The book, released in March, now ranks ninth on Kyobo Books’ best-seller list for novels.

The new Korean version of “The Stranger” led the debate, with 58 translation errors claimed to have been made by the original translator, a respected professor of French literature in Korea.

The debate intensified among readers, and especially between publishers. Saeum made sentence-to-sentence comparisons between the first translation and the new one, as well as between the original French novel and different English translations to defend their claims.

Minumsa, the initial publisher of the Korean version, said the first translation was not wrong, but a different interpretation.

“The first Korean version of ‘The Stranger’ is misunderstood as being wrong. A wrong translation is saying 3 o’clock instead of 4 o’clock. The first version just uses different expressions,” said the official, who wished to remain anonymous.

French-Korean translator Jeong Hye-yong said in a local news report the difference in translation is in part due to the 20-year gap between the first translation and the new one. 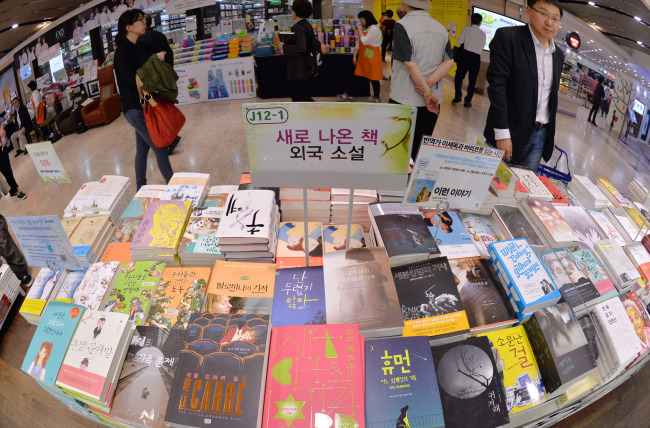 Controversy over literary translation is nothing new.

Kim Wook-dong, a scholar of American literature and translator of “The Great Gatsby,” once pointed out that there were 24 different Korean versions of the widely read classic novel and some of them had translation errors and dramatic differences in meaning. Of them, a translation by writer Kim Young-ha, who himself is a best-selling writer, was hit with criticism that his translations are closer to “adaptations.”

As translation seeks to bridge not only linguistic but also cultural differences between two languages, there have always been discussions on accuracy of translation and debate on what makes a good translation.

Some argue that translating what was originally written with minimal change in its meaning is the best approach, while others argue that words should be changed to take account of cultural differences and distinct emotional sentiments in the new language.

A similar debate emerged when the biography of Steve Jobs was released in 2011. Translator Lee Deok-ha listed sentences he thought to be translation errors in the Korean version of “Steve Jobs.” The translator of the biography, Ahn Jin-hwan, argued back that he believes “translation that delivers contextual meaning is better than word-for-word translation.”

The argument led Lee to have a “translation battle” with another translator surnamed Noh, who claimed that “word-for-word translation is impossible.” Lee and Noh each uploaded one page of a translation of “How to Survive the End of the World as We Know It” online and asked readers to judge.

“Translation debates shed light on the importance of translation. It’s interesting to observe them because they let readers understand that translation is another piece of original writing,” said translator Jeong.