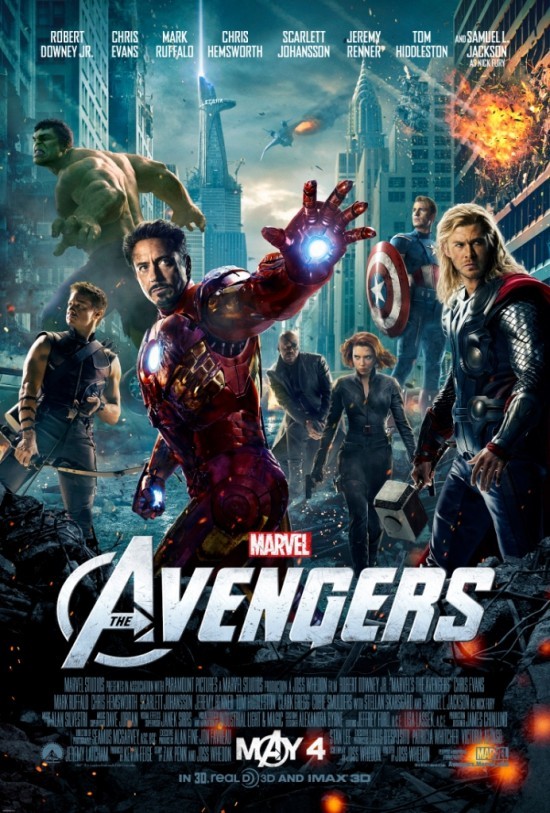 A poster for "The Agengers," which opened in May 2012.
A dead body floated to the surface of the Han River under Mapo Bridge in Seoul, where the American movie crew was filming a sequel to Hollywood Blockbuster “The Avengers,” police said Sunday.

“A security member of the movie crew aboard a boat found the body floating and reported it to the police at around 2:10 p.m.,” said an officer at Seoul Metropolitan Police Agency.

A police team retrieved the badly decomposed body, which was later identified as a 21-year-old man surnamed Yoon. He was reported missing by his family on March 10, after sending a mobile text message expressing his despair.

Blocking all lanes on the bridge for nearly 12 hours from early in the morning, the American crew shot for “The Avengers: The Age of Ultron” Sunday, the first day of their two-week stint here in Korea.

Discovering a dead body is not a particularly pleasant experience and some even take it as a bad omen.

But, director Joss Whedon may take solace in the fact that in Korean film industry, seeing a ghost, or any dreadful happening, is considered a sign of good luck.

Whedon and his crew probably didn’t know this when they chose Mapo Bridge as one of their six shooting locations here, but the bridge is a notorious suicide spot.

Of all bridges in Seoul, the Mapo Bridge attracted the most suicide attempts over the past five years, with the tally standing at 108. Some 48 of them died.