The BMW i3 enters the scene at a crucial time for the auto industry.

Market analysts predict that following the trends of diesel cars and hybrids, electric cars too will one day become more conventional.

As a result, BMW joined the race and built the first electric car for a luxury auto brand ― its significance being that the i3 was not built from an existing lineup but was designed from the bottom up, solely as an EV. 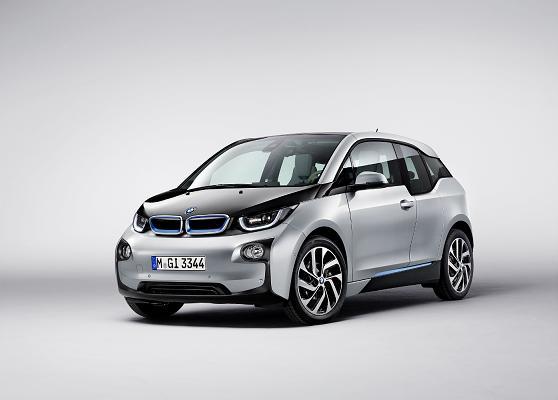 BMW i3
Despite concerns from BMW diehards that building an electric car may diminish some of BMW’s core values, the German carmaker chose to retain its signature traits, merely reinterpreting them for the new realm.

For instance, BMW traditions such as rear-wheel drive, near-perfect 50:50 weight distribution and the trademark kidney grilles have all been integrated into the i3 but with a bit of innovation.

The automaker also claims to have reached a compromise between practicality and novelty.

The company increased the i3’s driving range by minimizing the weight of the car to roughly 1,200 kilograms, reducing air resistance and also offering the Range Extender option, which comes equipped with a 34-horsepower, two-cylinder internal combustion engine.

A full charge of the battery will normally tolerate anywhere from 130 to 160 kilometers, but drive modes such as the Eco Pro and Eco Pro plus will each add 20 additional kilometers, BMW said.

Furthermore, with the Range Extender, the i3 may travel up to 300 kilometers, according to the carmaker.

The electric motor, which only weighs 50 kilograms, boasts 170 horsepower and maximum torque of 25.4 kilogram-meters.

This also means the i3 is able to hit 100 kilometers per hour in just 7.2 seconds ― making it the fastest electric car yet.

Other notable features include recuperation mode (triggers energy recovery when the driver’s foot is off of the accelerator), iDrive system, hands-free Bluetooth, park distance control, iRemote applications (for connectivity with smartphones) and much more, making the i3 a technological wonder.

But perhaps the most vital characteristic of this four-door compact is still BMW’s LifeDrive engineering and its eDrive technology.

The Drive module uses lightweight aluminum for the car’s suspension, battery and other power units, while the Life module ― the passenger compartment ― uses carbon fiber-reinforced plastic for extra weight reduction and durability.