Gwangju-based teacher Sarah Graydon needed B-negative blood to help treat her ulcerative colitis ― a problem with the large intestine ― which had been complicated by blood clotting.

Rhesus-negative blood is rare in Korea ― only about 0.5 percent of Koreans share her blood type ― so donations can be hard to come by.

Sean McGrath, who is helping to coordinate efforts to help Graydon, said that after an online blood drive they have enough blood for now, although more could be required depending on her condition. 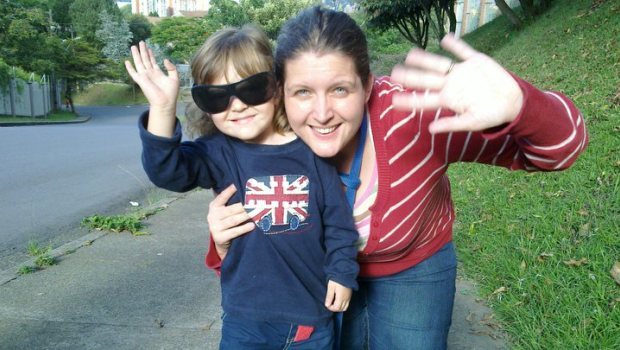 Sarah Graydon is pictured with her son Balthazar before she fell ill.
Graydon, originally from the United Kingdom, had come to Gwangju after teaching in Colombia, leaving her husband and 4-year-old son behind. They had sought to reunite, but were unable to do so because of visa issues, McGrath said.

McGrath said that he had met Graydon last year and they soon became friends because of her funny and pleasant personality. He said that she was also frugal, spending most of her money on supporting her family in Colombia.

The financial aspect adds to the toll of Graydon’s illness. Graydon is the sole provider for her family, and has lost her public school job as a result of her illness.

Gwangju EPIK coordinator Joseph Cutler said that Graydon had already elected to travel back to the U.K. for further treatment when she could, but confirmed that he was legally required to terminate the contract after the maximum leave for sickness, 30 days, had been exceeded.

There were some concerns that this would leave her uninsured, but the National Health Insurance Corporation said that foreign workers who have been in the country for more than three months could transfer to self-employed status after leaving their jobs by contacting their local branch.

McGrath said that Graydon was in the process of this but were having difficulty as she was unable to leave the hospital.

Even with this, McGrath says they estimate Graydon will need about 15 million won to pay for treatment and travel back to the U.K.

Cutler pointed out that the national health insurance scheme only paid part of the cost, and advised other foreign teachers to consider additional private insurance.

McGrath said that many locals had been raising funds through busking and sales, and that auctions were planned by the Korea MacPC Guys ― a pair of Gwangju expats who repair electronics and sell them to raise money for good causes. A page had been set up on indiegogo.com but direct donations can also be made. So far about 3.5 million won had been raised, he said.

“The response by the community has been nothing short of amazing,” said McGrath.

He also said that Cutler had done a lot to help.

“In a personal capacity, Joseph has been amazingly helpful for Sarah,” he said. “It seems that almost every spare moment he has is spent with Sarah at the hospital.”

Cutler said that the time had been trying, but that it was good to see so many people helping each other.

“All in all it has been a pretty difficult and ongoing situation,” said Cutler.

“Our hearts are with Sarah and we will continue to do the best we can for her. It has been inspiring to see other teachers in the city take up her cause and raise support for her even though she is a total stranger.”

For information on Graydon’s situation and to donate, visit the “Let’s Help Sarah” Facebook and Indiegogo pages.