[ The Korea Herald – Send E-mail ]
Park Jin-young reveals closure of U.S. operations
By Korea Herald
Published : Mar 24, 2013 - 20:41
Updated : Mar 24, 2013 - 20:41
CEO and founder of one of the country’s “big three” record labels JYP Entertainment Park Jin-young, also referred to as JYP, revealed on Friday that he has shut the doors of his company’s New York City office and U.S. subsidiary corporation “JYP Creative” in November of last year after only a year in operation.

The subsidiary JYP Creative was first established in November 2011 and it was reported that Park invested approximately $1.2 million in the branch to assist in his agency’s promotional activities in the U.S. However, after a year of operation, the company reportedly saw a net loss of around $1.5 million by the end of 2012, forcing the CEO to liquidate the branch. 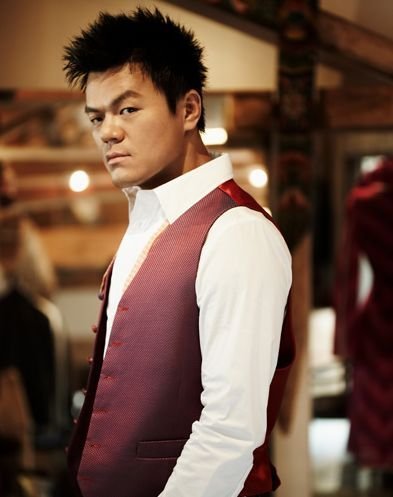 Park Jin-young
Representatives of JYP Entertainment stated in news reports that although they have closed down their U.S. office, the agency’s plans of promoting its artists in the U.S. have not changed.

With Park’s high ambitions for Korean artists to finally break through into the U.S. music market, the producer -- whose biggest claim to fame was the introduction of K-pop star Rain -- decided to open a New York City office as a stepping stone to his JYP USA enterprise. The office first opened its doors in the summer of 2007, but the building was later riddled with numerous state building code and legal violations. The midtown Manhattan three-story building was listed by JYP Entertainment as a location that was to be used as office space. However, the building was hit with several construction violation notices that accused Park of using the first floor of the building as a music studio, contradicting the conditions of occupancy that stated that all the floors were being used as work offices.

In 2010, Park’s Manhattan office was under serious scrutiny for illegally using the building to temporarily house the members of the K-pop girl group the Wonder Girls, one the agency’s top clients, during their stay in the States. The city of New York stated that the building was “perilous to human life” because the space did not meet the construction safety requirements and it was deemed a fire hazard because there was not even a sprinkler system in the rooms where the girls had slept. The Department of Buildings issued a “Partial Vacate Order,” closing down a portion of the building until the building code violations were resolved.

The music mogul’s U.S. ambitions have not ended with his NYC office; Park also established JYP Foods Inc. and opened up the Korean BBQ restaurant “Kristalbelli” in 2011 near New York’s Korea Town. Although it was also stated that the restaurant is currently struggling financially, the restaurant has not been shut down and will continue to operate.

Although Park has made several attempts in infiltrating his agency and himself into the U.S. market, he has yet to make a significant enough impact. JYP’s leading girl group the Wonder Girls has made a number of attempts in the American music market with the girls releasing several English singles including joining the North American leg of the Jonas Brothers World Tour 2009. The group had announced their plans of releasing a full-length English album during the time of their 2009 tour in North America, however nearly four years later, the album has still not yet been released. In 2011 the girls returned home from their international activities and in late November of last year the Wonder Girls announced that the members are temporarily suspending their activities after the announcement of leader Sunye’s marriage, and stated that members would be focusing on their individual activities.