A successful test run of the service took place aboard the Seogwipo Submarine on Thursday, about 40 meters below sea level off the coast of Jeju Island, according to the company. The vessel has been providing outings for tourists since the late 1980s.

SK Telecom said it used an LTE transmitter and antenna attached to a flotation device, then connected it via cable to the submarine in order to connect it with Seogwipo Port and provide the service aboard the ocean craft. 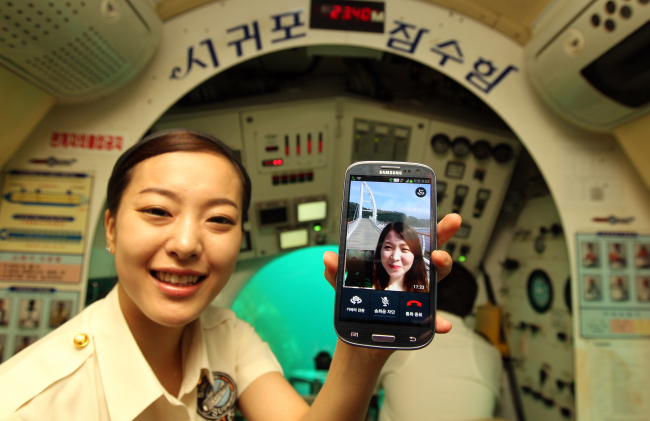 The HD Voice service was a big draw for tourists on the launch day, who were able to take pictures and record video at land quality levels, according to a company official.

The Seoul-based telecommunications company said it hopes its new HD Voice service will help solidify its position as an industry leader.

In April 2006, it became the world’s first wireless service provider to offer a 3G or WCDMA network aboard a submarine, allowing users to make phone and video calls while also giving them access to other services, such as multimedia messaging, according to the company.

SK Telecom said that smartphone users will now be able to use both the pre-existing 3G as well as the new LTE service aboard the ocean craft. The telecommunications giant recently marked the passing of its 400,000th LTE subscriber rate earlier this month.