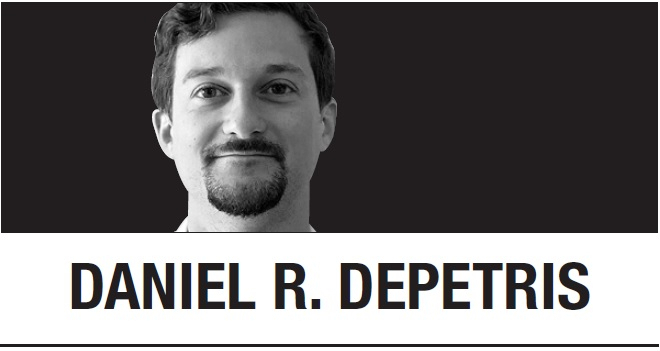 House Speaker Kevin McCarthy had to beg, plead and deal to get his current job. One of the agreements struck on the House floor with the most conservative faction of the Republican caucus was a promise to keep the next spending bill at levels that were agreed to in fiscal 2022. If McCarthy keeps his word, $130 billion in federal discretionary spending would be cut from the recently passed budget package. And if defense spending were to be included, $76 billion in military expenditures would be on the chopping block.

The prospect of the Pentagon losing out on tens of billions of dollars has caused panic on both sides of the aisle. Republican defense hawks are firmly opposed to a defense spending reduction and in fact are seeking annual, consistent hikes of 3 percent to 5 percent above inflation. The White House blasted the proposed cuts, stating that a push to “defund our military … is senseless and out of line with our national security needs.” Twelve moderate House Democrats sent a joint letter to McCarthy last week discouraging any budget cuts to defense.

It’s not every day when The Wall Street Journal Editorial Board and the White House are in alignment. But apparently, the need to spend a gargantuan $858 billion on the military is one of them. The problem: The Pentagon isn’t immune to critical spending decisions, or at least it shouldn’t be.

In the current political climate, a smaller US defense budget is remote. Even if defense isn’t spared as a target for cuts, there are enough security hawks in Congress to stymie whatever attempt there is to cap, let alone reduce, the Pentagon gravy train. And, assuming the House magically were to find a way to do so, the Senate, still controlled by Democrats, wouldn’t play ball. The practicalities are hard to envision.

Leave the politics aside, however, and it’s easier to envision why lower spending on the defense apparatus is necessary and rational.

First, we should be clear as to what a proposed $76 billion cut in defense actually means. Reading this in isolation, you might assume the Pentagon would be starved for cash and unable to maintain its operational readiness, as well as struggle to finance the research and development for the next generation of military technology. But this is hardly the case. Cutting $76 billion would merely bring the Pentagon back to the fiscal 2022 level of $782 billion, a figure that was even more than what President Joe Biden requested at the time. The US would still be spending as much on its military as the next nine countries combined, and the quality of its soldiers, sailors, airmen and Marines would still be exponentially more professional than what America’s adversaries could offer.

All of this, however, seems to fall on deaf ears in Congress. It’s not surprising why. Lawmakers want to keep defense-related jobs in their districts. Very often, this involves preventing the Pentagon from decommissioning weapons platforms the services view as redundant, outdated or wasteful. It took years before Congress allowed the Air Force to begin retiring the A-10 Warthog, a close-attack aircraft useful in counterinsurgency but inefficient against a state adversary with modern air defense systems. The Air Force was prevented, yet again, from retiring some of the older versions of the F-22 fighter jet, which the Pentagon argues is too expensive to upgrade relative to other high-priority investments that could be made.

The Pentagon is also a sprawling organization, operating facilities across the country that US defense officials admit they don’t need. According to a 2017 Defense Department report, the Army’s excess capacity is 33 percent, which means the American taxpayer is throwing money into infrastructure the Army could mothball if it wanted to. Yet it’s prevented from doing so; lawmakers continue to claim that closing bases is more expensive than preserving unnecessary buildings and airfields. So the US instead finds itself operating bases for the sake of doing so.

Ultimately, however, the most important argument in favor of getting defense spending under control is strategic: The US military is doing too much around the world anyway. Hundreds of thousands of US military personnel remain stationed overseas at any given time, most of them tied to security commitments that were previously etched into existence during the Cold War contest with the Soviet Union. The US maintains more than 100,000 troops in Europe, despite the fact that the Russian military is proving itself to be a colossal, incompetent, twisted mess and Washington’s European allies have the monetary resources to build their own military capacity. More than 30,000 US troops are based in the Middle East, a region Biden supposedly wants to move on from.

All of this is compounded by a long-term problem: Rather than insisting on equitable defense relationships with its allies and partners, the US insists on taking the lead. The result is a situation in which partners are not only incapable of contributing to shared missions but also comfortable outsourcing their security needs to Washington.

The bottom line is simple: If one did take place, a cut to US defense dollars won’t translate into global anarchy or Armageddon. Keep this perspective in mind the next time an official or lawmaker engages in histrionics.