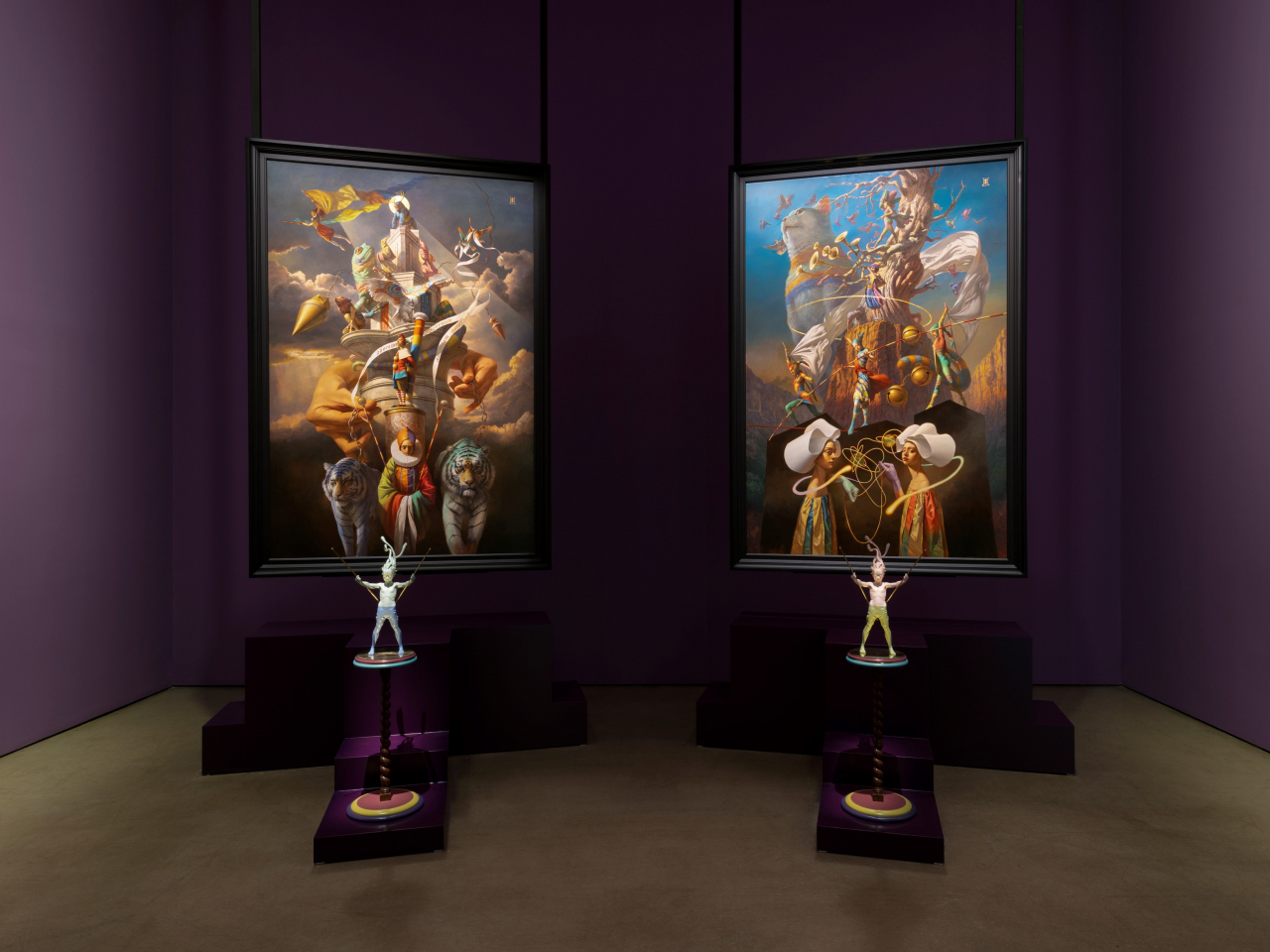 The two paintings by Sapierre featured in the novel “Two of Flags" are on show at Gallery Hyundai's exhibition of works by Park Min-joon, a fiction come to life.

The novel, written by Park, tells the story of painter Sapierre who wanted to bring to life the figures in his paintings. His ambition and deathly efforts result in two paintings from which a boy named Ain springs out. The boy, asleep for 600 years, finally opens his eyes.

The story refers to the fictional artist’s desire to achieve an “actualization of paintings,” a desire that prevails in many artists but no one, except for Sapierre, achieve. The paintings -- which were said to have disappeared upon the artist’s death after succeeding at “actualization” -- are on display at Park’s 10th solo exhibition at Gallery Hyundai.

The exhibition encompasses Park’s painting series “Two Flags,” “Rapport Circus” and “Commedia dell’arte.” Each of the three series are accompanied by a story. What attracts people to Park's paintings at first sight is his mastery of painting, which is so delicate that one is able to read the subtleties of the character’s mind. Park uses oil colors, which give off the unique essence of 15th-16th century Renaissance paintings.

“Personally, I think those paintings from the Renaissance era are most beautiful. When you think of superrealism in contemporary art here, it is about how exactly you depict the things, almost like photographs. But if you look at paintings from the Renaissance or Baroque periods, they are rather close to realism as painters tried to paint things realistically,” Park said on Jan. 17 during an interview with The Korea Herald at Gallery Hyundai in Seoul. 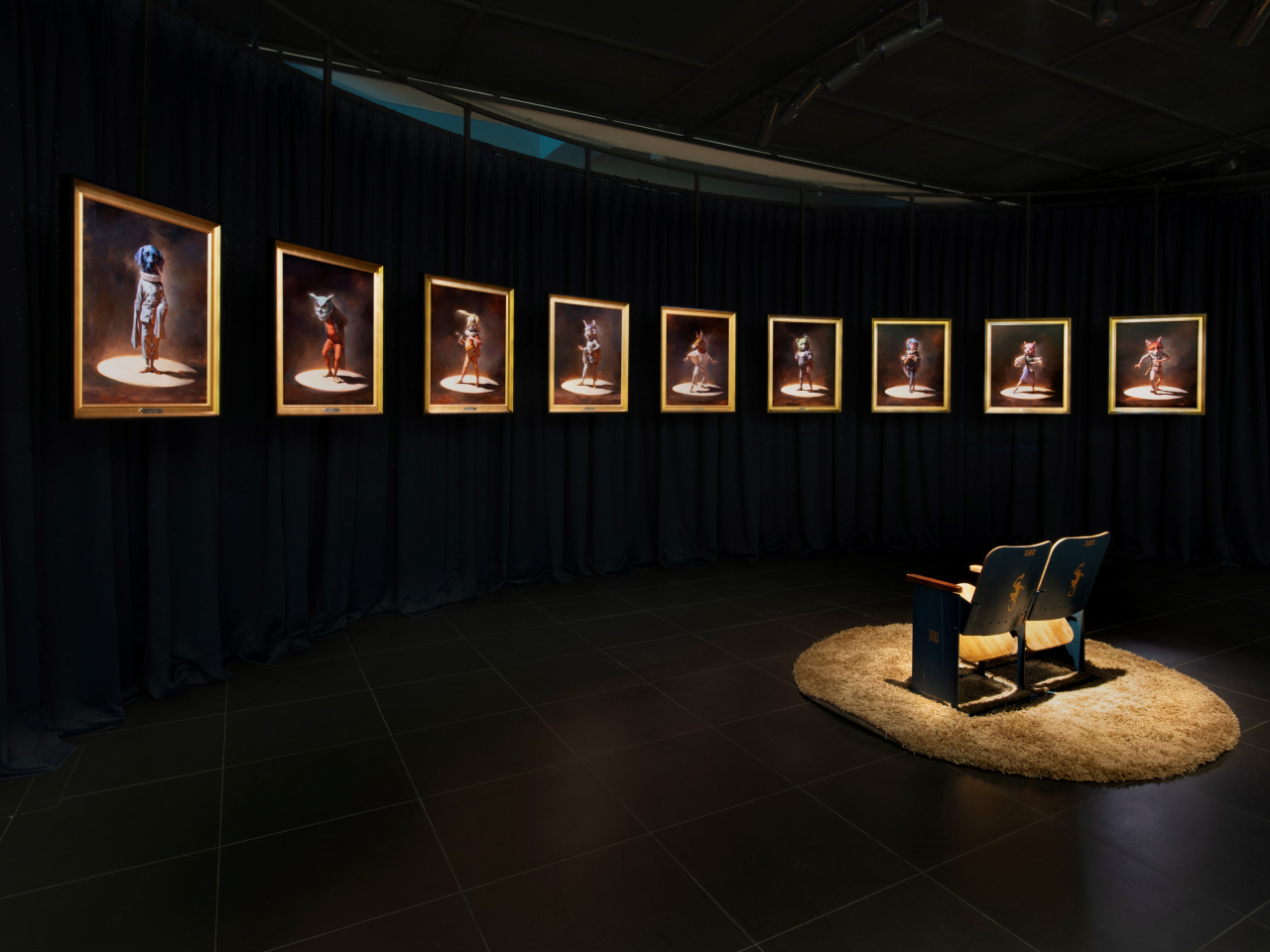 Many of those who are impressed by Park’s paintings will be prompted to read his novels, and once you finish reading the books, the stories will remain with you, and you might want to see the paintings again. The English version of his novel, “Rappore Circus,” recently published by Quelpart can be purchased at the gallery.

Park’s overarching themes are human relationships, desires, loss, death and life, which are intertwined in the paintings and stories. The painting “X-Members of the Rappore Circus” shows all the characters from “Story of Rapport,” a story that revolves around twin brothers from a circus.

The twin brothers -- Rapo and Rapu -- who have different personalities are competitors but also companions. Rapo, born just minutes earlier than Rapu, is a talented tightrope walker while younger brother Rapu admires him. 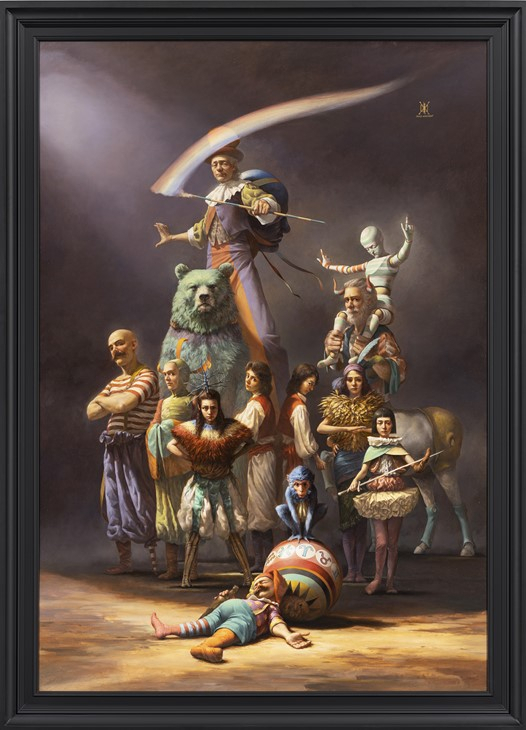 “I am kind of attracted to the stories of circus or plays. We sometimes hide what we truly think to maintain a good relationship or being conscious about what others think. That kind of thing reminded me of clowns that portray us,” he said.

When asked if the artist feels that way sometimes, he jokingly answered -- “of course, like now.”

The artist compared tightrope walking to what he would do when he has to strike a balance between what people expect him to paint and his desire to do what he truly wants do for his art. Otherwise it is easy to be self-deluded as an artist.

“It requires a balance. It is like tightrope walking,” he said. 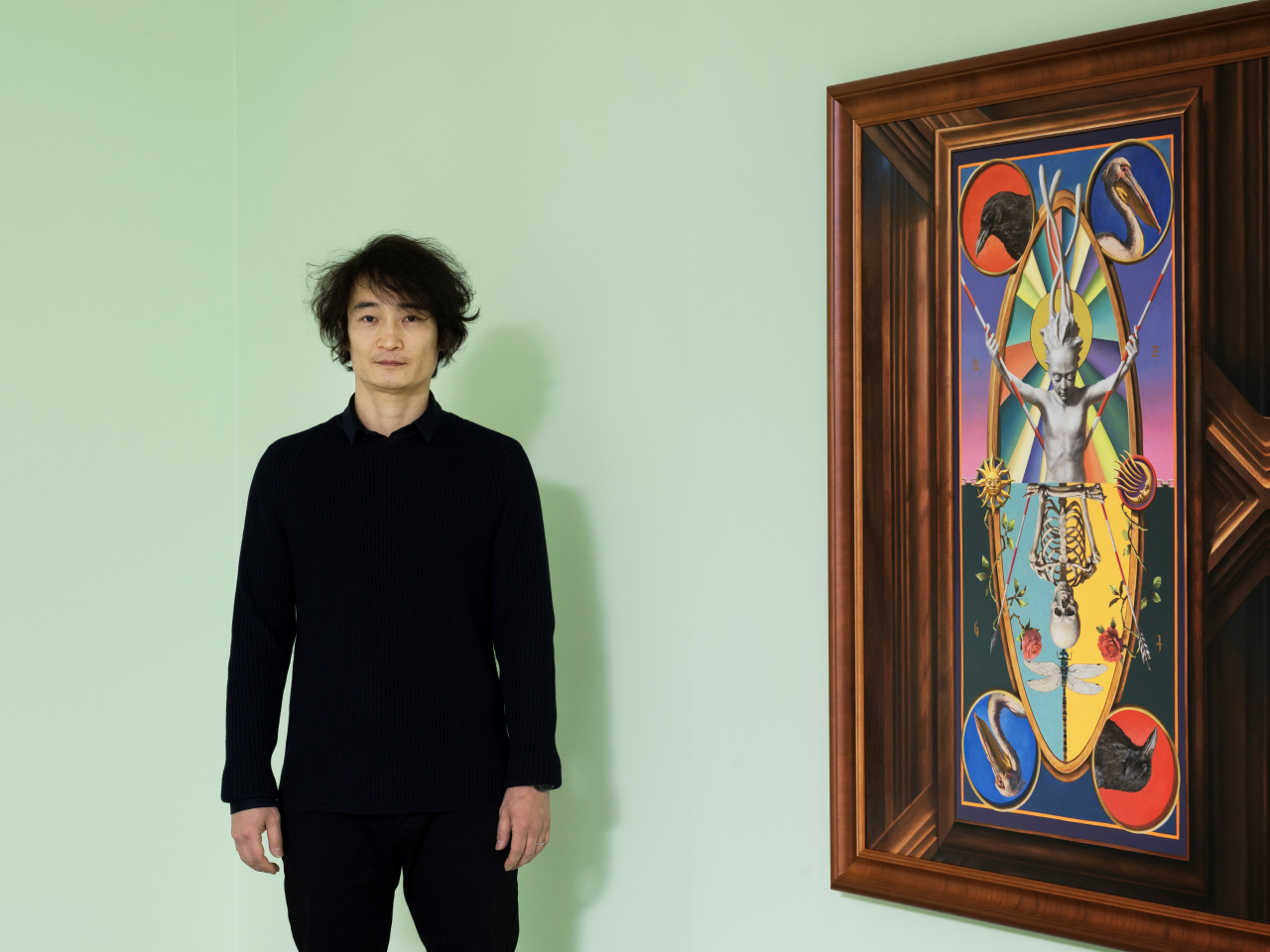 Does he write the novel first then start painting -- or vice versa?

Park said it depends on the series. For “Two of Flags,” he wrote the story and then the paintings followed. For “Rapport Circus,” the painting was done first.

Park said paintings and novels do not always have to come together, stressing that he is a painter, not a novelist. Writing a story still requires a lot of effort while painting is something that comes naturally to him.

In the book “Two of Flags,” Sapierre says his last goodbye to fellow painter Giorgio who confesses his desire as an artist, which overlaps with Park’s own attitude toward his artistic career. Park said he strives not to compare himself to other artists and to achieve what he is able achieve.

“I think I will become a worthless person if I give up my desire. If I can go forward just a little, I would take that path. If there is something new every day, little by little, that is enough for me,” Sapierre says.

The exhibition runs through Feb. 5 at Gallery Hyundai in central Seoul.