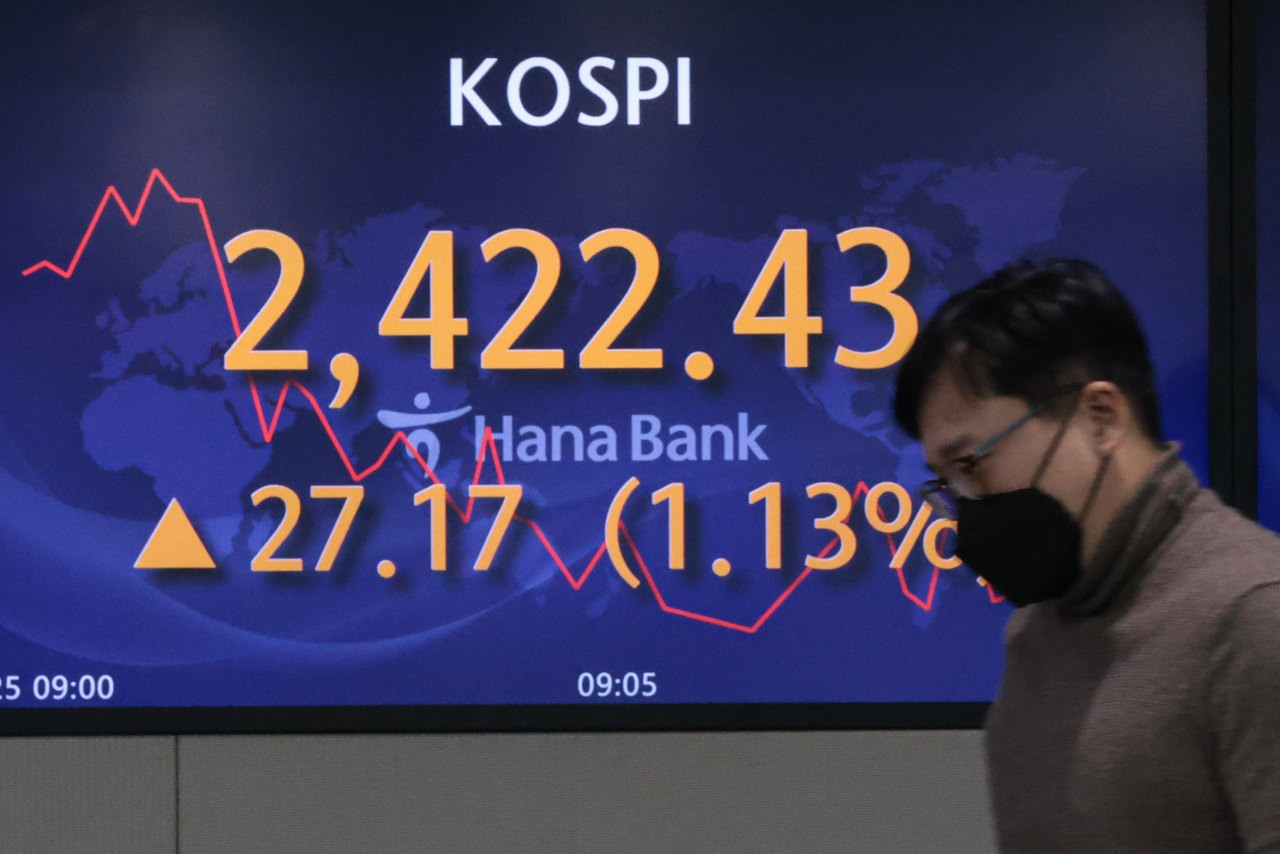 An electronic board showing the Korea Composite Stock Price Index at a dealing room of the Hana Bank headquarters in Seoul on Monday. (Yonhap)

Seoul stocks closed more than 1 percent higher Wednesday on tech gains, as investors were hopeful that the US Federal Reserve could ease the pace of rate increases. The Korean won rose against the US dollar.

"Investors' appetite for risky assets recovered following advances on Wall Street during the Lunar New Year holiday and on hopes the Fed could decelerate the pace of rate hikes," Seo said.

The local currency closed at 1,231.7 won against the dollar, up 3.8 won from the previous session's close. (Yonhap)