Among the first actions by South Korea's founding President Syngman Rhee, after his administration mowed down protesters in what would later be known as the "Bloody Tuesday," was to call for patriotism.

The front page of the April 21, 1960, edition for The Korean Republic -- forerunner of The Korea Herald -- carried the initial reaction by the Rhee administration to the April 19 Revolution, which eventually led to Rhee’s resignation.

Thousands of students had poured out onto the streets, protesting rigged elections in March. Police had opened fire, killing an estimated 186 people.

"It is almost unbelievable that any element of the patriotic Korean people, to whom I have devoted my life, could act in such way. However, this is not the time to discuss causes or to attempt the fixing of blame," Rhee was quoted as saying in the article, urging that the priority is to restore order via martial law and saying those who are guilty can be "assured of punishment.”

While the president said his heart was "heavy under the burden of lives that have been lost," he issued no apologies. But he did say that the government "deeply and specially regret that two Americans were among the wounded."

The lead photo and caption for the top news of the front page that day were scratched out to an extent that they are indistinguishable, an apparent result of censorship. The paper’s lack of any criticism against the government that killed nearly 200 of its people is another proof of the condition in which Korea’s democracy, and its press, was in at that time.

Korea's press freedom has come a long way since then, but its assessment has had its own share of fluctuation in the 21st century. This article will take a look at the history of the crackdown on the press in the fledgling days of Korean democracy, along with how local media outlets have been recently evaluated through the annual Press Freedom Index published by Reporters Without Borders. 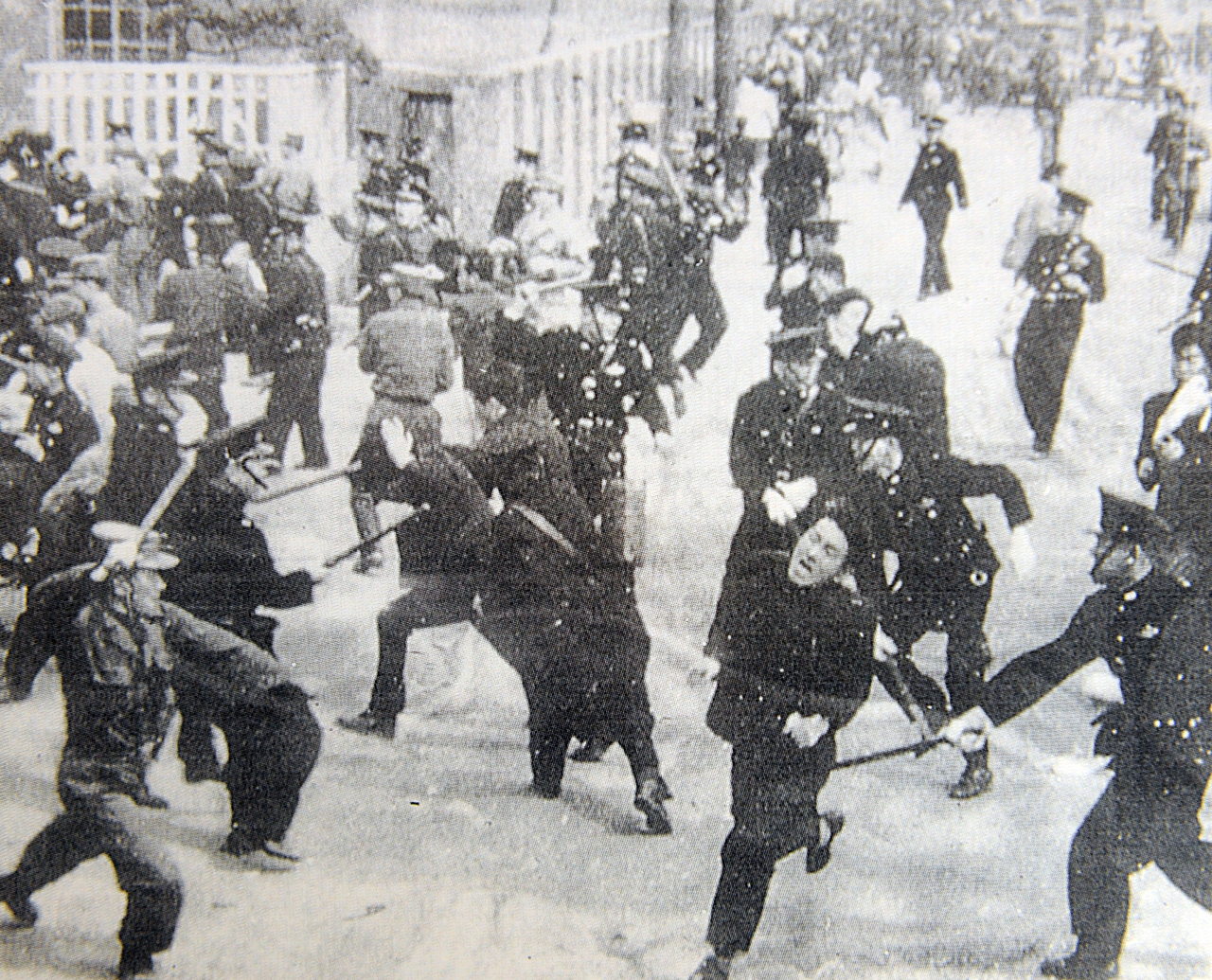 This undated photo shows the anti-government protestors and police during the April 19 Revolution in 1960. / The Korea Herald

Barely a month after the South Korean government was launched in 1948, it announced a policy banning seven types of news articles: those infringing upon national projects or ideology; those slandering the government, those accepting or favorable toward communism or the puppet regime in the North (referring to North Korea); those spreading false rumors; those damaging ties with the country's allies and impairing the national status; those inciting the public with provocative words; and those revealing state secrets.

Another bout of the press crackdown came with the National Security Act enacted later that year, which did not specify control of the media per se, but stipulates a punishment via prison term on those who "fabricate or circulate any false facts as to matters which threaten to provoke any confusion of social order." This clause was often applied to suspend or shut down newspapers that were unfavorable against the Rhee administration, particularly between 1948 and 1949.

After the 1950-53 Korean War, pre-censorship was conducted by the Bureau of Information and Education in the Ministry of National Defense under the martial law.

"Accordingly the content of reports continued highlighting the standpoint of the Army, and also the tone and editing tended to be guided by them," according to Kim Young-hee of the Seoul National University Institute of Communication Research.

The Rhee administration faced massive public revolt after it rigged the March 15, 1960, polls to ensure the election of his aide, Lee Ki-poong, to vice president. The public's fury erupted when a high school student Kim Ju-yeol -- who disappeared during the March 15 anti-government protests -- was found dead with a tear-gas grenade embedded in his skull. 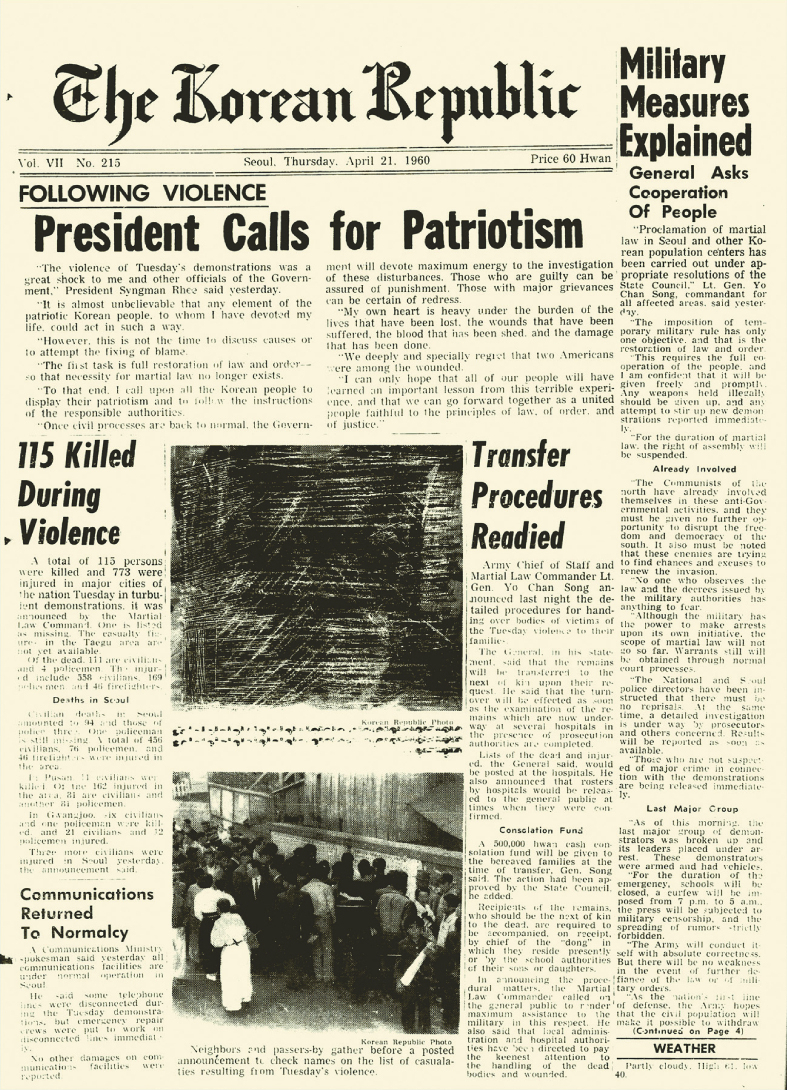 This photo shows the April 21 edition of The Korean Republic, the content of which has been censored by the authorities. (The Korea Herald)

Im Song-ja, researcher for the Center for East Asia History, said the revision of the National Security Act in 1958 and the shutdown of Kyunghyang Shinmun the following year shows that the Rhee administration's press crackdown was at its peak before the election in 1960. Clause 22 of the revised law stated that those using documents, recording, drawing or any means to defame the "constitutional organization" can be punished up to 10 years in prison.

Kyunghyang -- which was among the most vocal critics of Rhee and his party -- was resurrected in April of 1960 after nationwide protests finally pressured Rhee to step down.

Press freedom in the 21st century

Korea's press has gone through several tribulations since then by Rhee's successors with military background, including a media purge of 1980 that claimed 64 news outlets as its casualties, including Naeway Economic Daily, the forerunner of The Korea Herald's sister paper, the Herald Business.

After the pro-democracy protests of 1980s gave Koreans back the right to directly vote for their leader, Korea’s media freedom has been graded "satisfactory," at least by the Press Freedom Index which began in 2002.

The annual report determines the degree of freedom journalists have by pooling the responses of experts selected by the nonprofit Reporters Without Borders -- including journalists, researchers, academics and human rights defenders -- to a questionnaire devised by the organization, combined with quantative data on abuses and acts of violence against journalists during the same period.

Korea started out ranked 39th in 2002 and in the latest ranking, was 43rd out of 180 countries across the world, as of May 3, 2022. The numbers for the Moon Jae-in administration had been fairly steady, with 41st in 2019 being the highest and 43rd in 2018 and 2022 being the lowest. It remained in the "satisfactory stage" for all five years Moon was in office.

The same could not be said about the two previous administrations, with the Lee Myung-bak government dipping to 69th in 2009 and Park Geun-hye administration diving to 70th in 2016. Korea was never ranked above 50th during the five years Park was in office, staying in the 65-75 point "problematic stage" for four of the five years.

It was during Roh Moo-hyun's term when Korea logged the highest numbers in the Press Freedom Index, coming in at No. 31 in 2006.

For more information on the Press Freedom Index, along with criteria and detailed rankings for each year, visit its homepage.

Yoon has had his ups and downs with the media in his inaugural year as the state leader. He became the first president to hold morning interviews in the lobby of the presidential office and vowed to uphold transparency, while suspending the said meeting seven months later and erecting a wall to separate the press from the main entrance that he walks in. 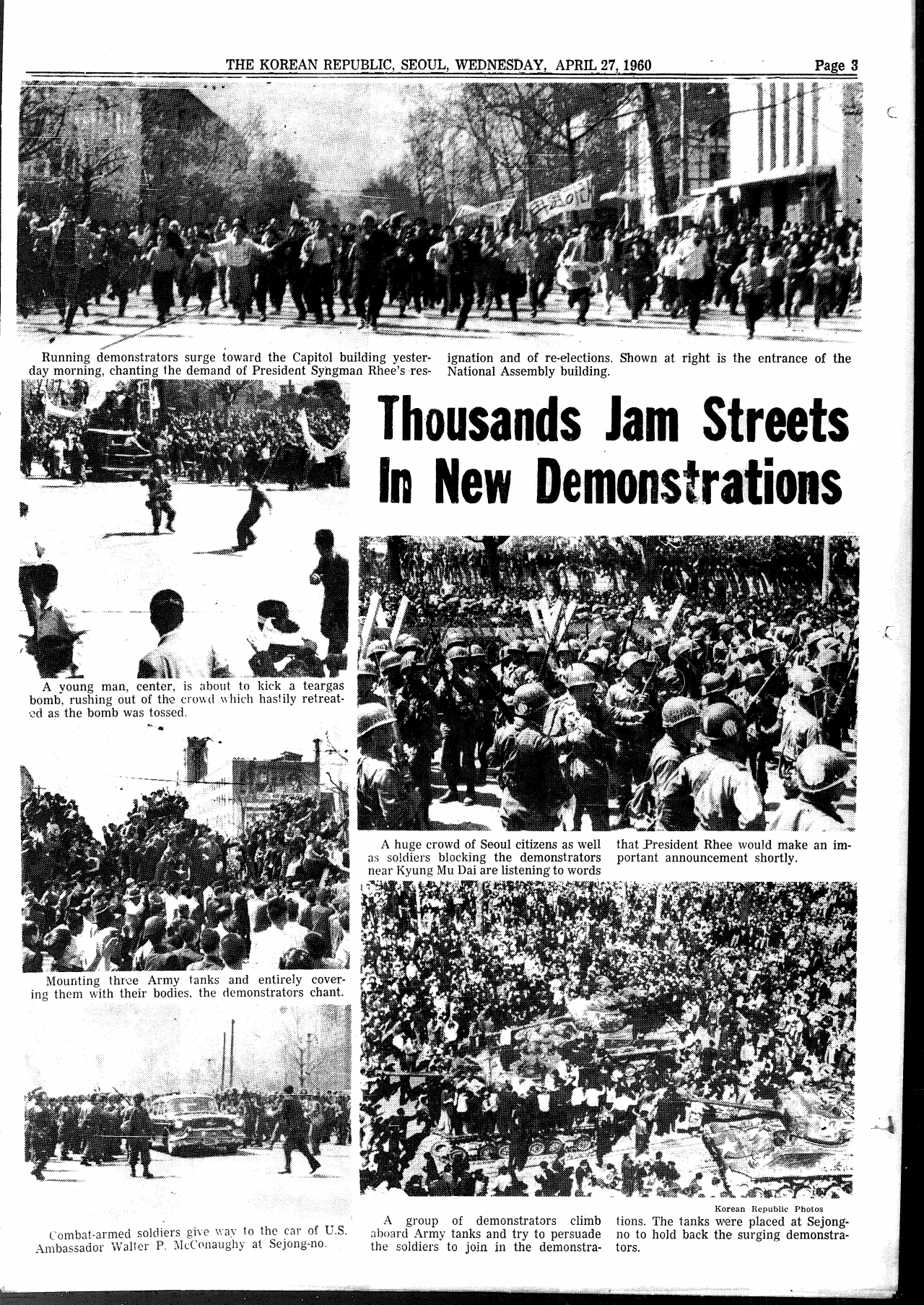 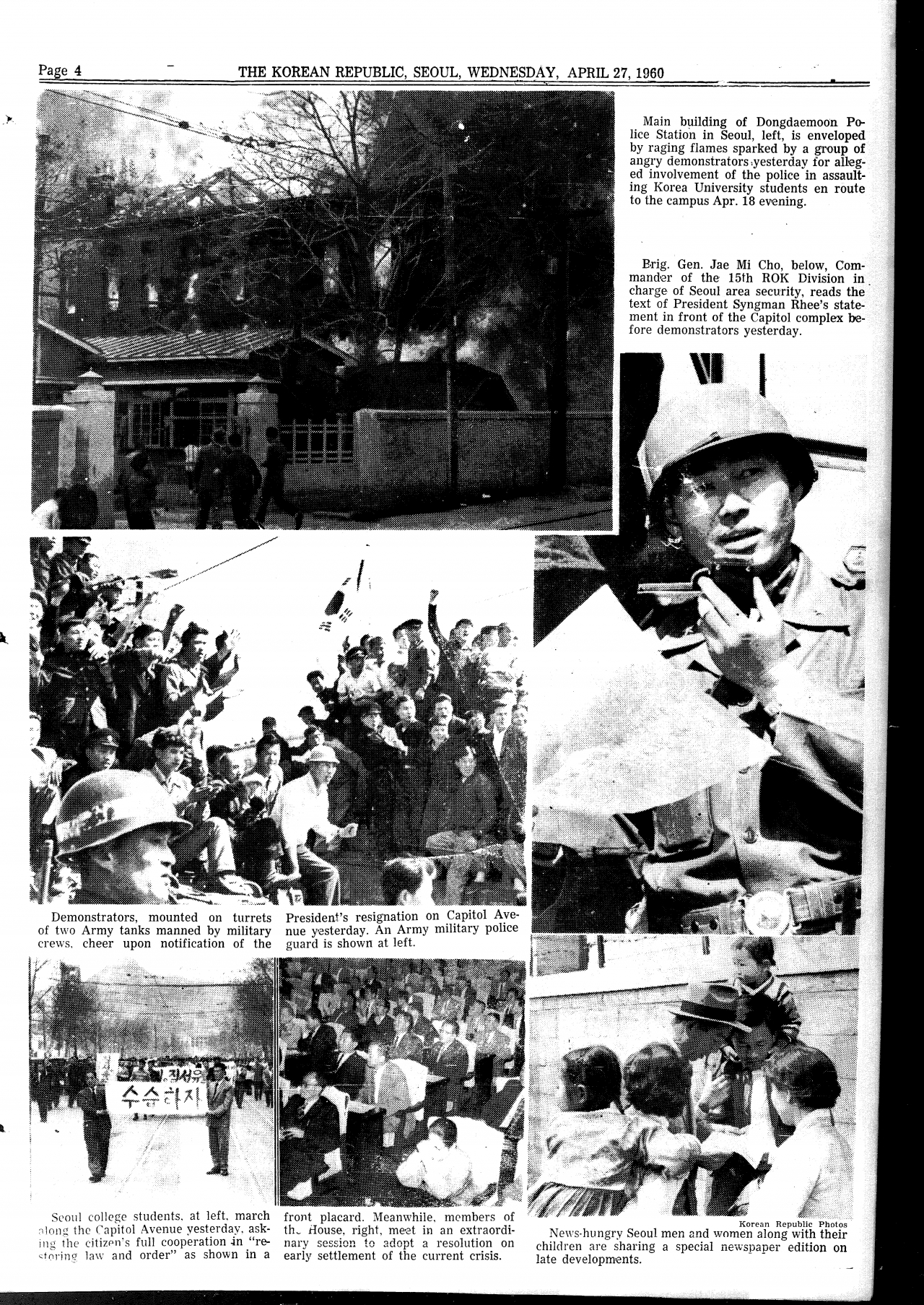