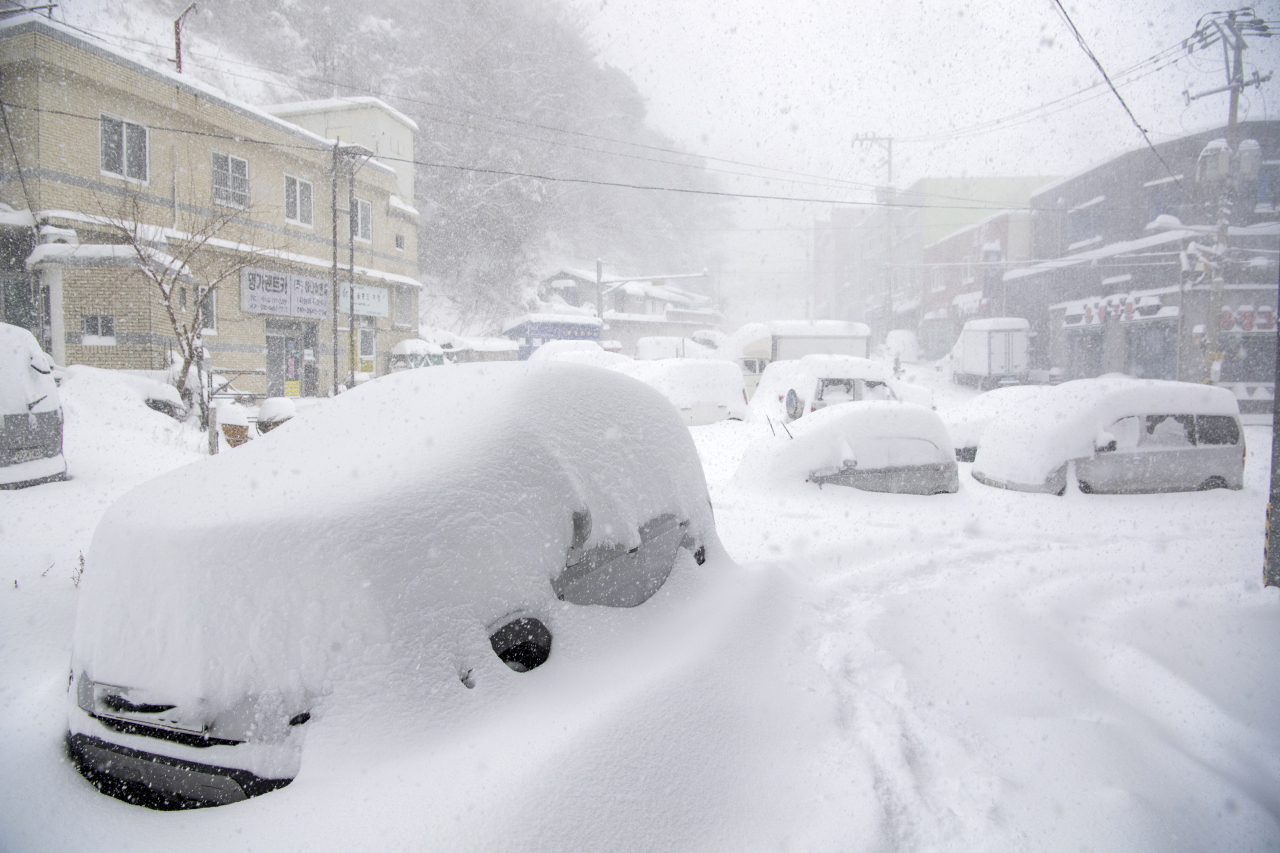 Cars parked on eastern Ulleung Island are covered in snow on Tuesday after heavy snowfall was reported in the area. (Yonhap)

Cold wave warnings were issued across South Korea on Wednesday as the country came under the grip of the season's coldest weather, authorities said.

In Seoul, morning lows plummeted to minus 19.3 C, with an effective temperature of nearly minus 25.7 C, as of 6:29 a.m., the Korea Meteorological Administration said.

A cold wave warning is issued when the morning low is below minus 15 C for more than two consecutive days, or when the temperature drops sharply and major damage is expected.

Since 2000, Seoul's morning lows have dipped below minus 17 C only on nine days, the KMA said.

The temperature in mountainous areas of Gangwon Province and the northern region of Gyeonggi Province dipped to morning lows of minus 25.1 C, the KMA said.

The freezing temperatures were accompanied by heavy snow in the southern parts of the country, including the southern resort island of Jeju.