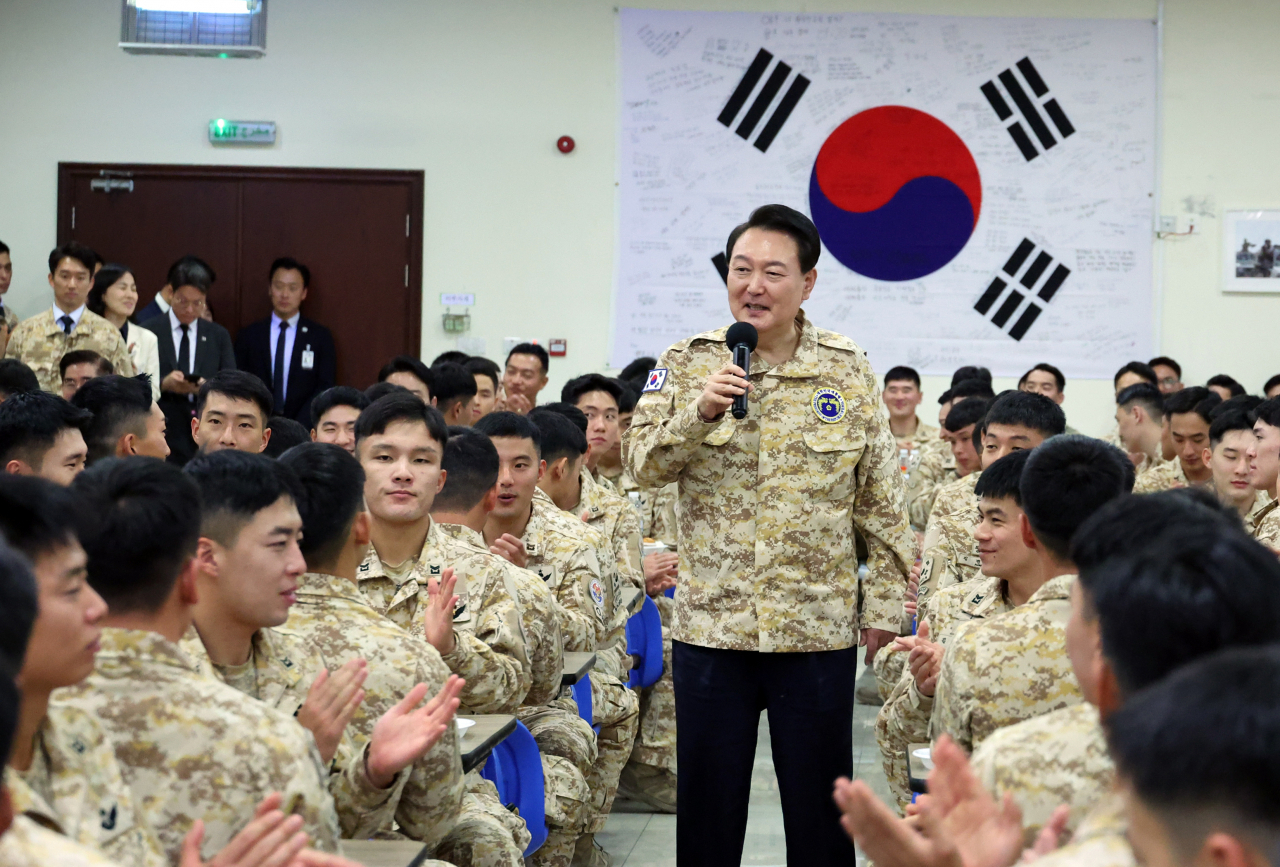 During a recent visit to a South Korean military contingent in the UAE, Yoon said that the UAE's "enemy and biggest threat" is Iran while the South's enemy is North Korea.

The Tongil Shinbo, a weekly publication, made the first mention of Yoon's remarks by a North Korean media outlet.

The outlet pointed out that due to the "single" remark, a commotion flared up in the South, apparently in reference to the opposition party's criticism of the remark, while Iran has voiced anger and demanded the South clarify its position.

South Korean officials have said that the remark was made as part of efforts to encourage the members of the contingent, and that Yoon's comments were "irrelevant" to Seoul's relations with Tehran. (Yonhap)