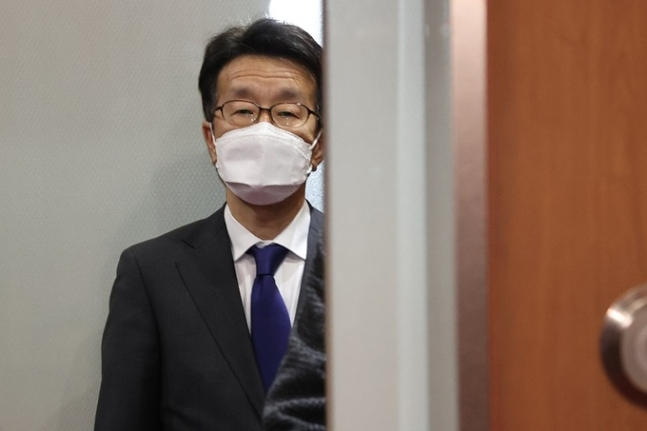 Naoki Kumagai, deputy chief of mission at the Japanese Embassy in Seoul (Yonhap)

The South Korean government has called in a Japanese diplomat in Seoul to lodge a protest over the top Japanese diplomat's recent claims to the East Sea islets of Dokdo, sources said Tuesday.

Following Hayashi's speech, Lim Soo-suk, the spokesperson of Seoul's foreign ministry issued a statement calling for an immediate retraction of the remarks on Dokdo.

"The repetition of wrongful claims would not be of any help in joint efforts to establish a 'future-oriented' relationship," the statement reads.

Seo appears to have repeated the ministry's stance in talks with Kumagai.

Tokyo's renewed claims to Dokdo came as the two countries have been mired in other historical spats, such as those over Japan's wartime forced labor, despite their efforts to strengthen security coordination in the face of evolving North Korean nuclear and missile threats.

South Korea has been in effective control of Dokdo, with a small police detachment, since its liberation from Japan's 1910-45 colonial rule. (Yonhap)