The act of honoring the spirits of ancestors by offering them food and drinks during the Lunar New Year has been considered a serious tradition for centuries in South Korea.

But this year, some families have decided to honor the tradition in a lighter mood, according to photos gone viral on online communities. 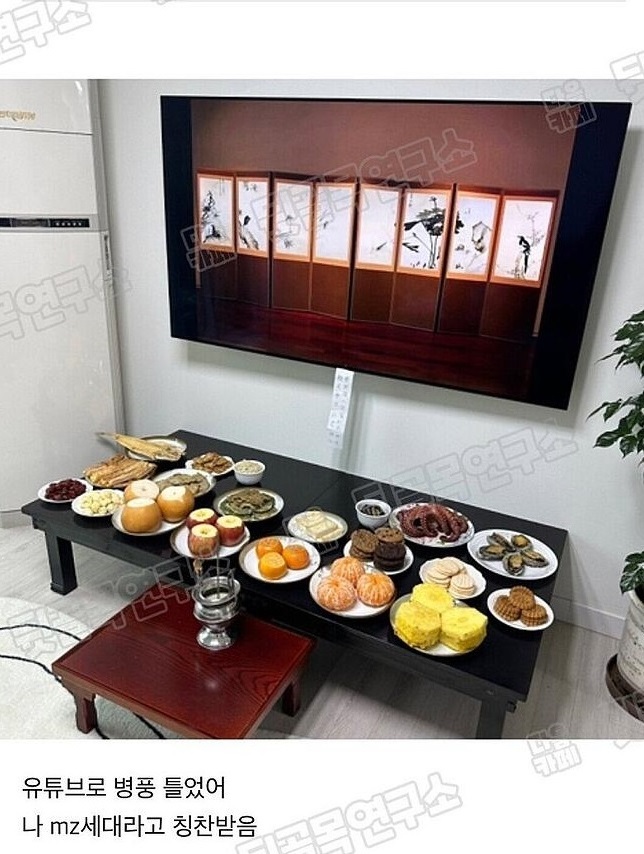 (Screencapture of a photo shared on Instagram)
Versatile screen

This photo, uploaded by an anonymous user and shared on Instagram, shows a clever use of a wall-mounted TV screen, a staple in Korean living rooms. Instead of keeping a physical traditional folding screen for ancestral rites, the TV was used as a backdrop for the table of food and drink offerings.

“I turned the folding screen on via YouTube and got complimented by other family members that I was indeed a Gen Z,” wrote the person who uploaded the photo. 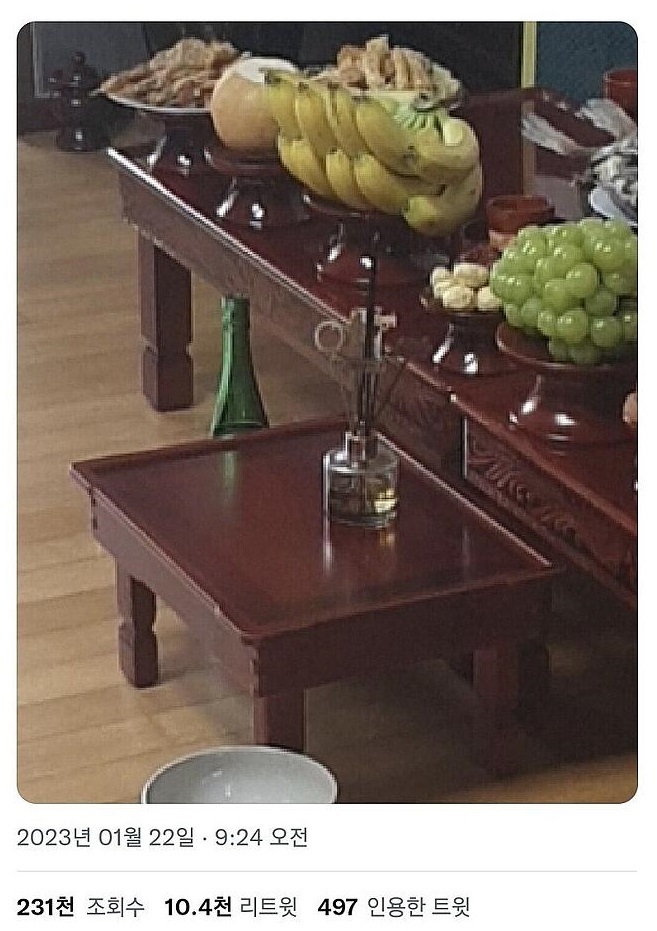 Diffusers instead of incense

Jesa starts and ends with the lighting and distinguishing of incense. But, what if you’ve run out of it? This family found an alternative at home – scented diffusers.

“We were missing the incense during the ceremony, so we decided to simply replace it with a diffuser and bowed to it,” explained the person who uploaded the photo on Twitter. 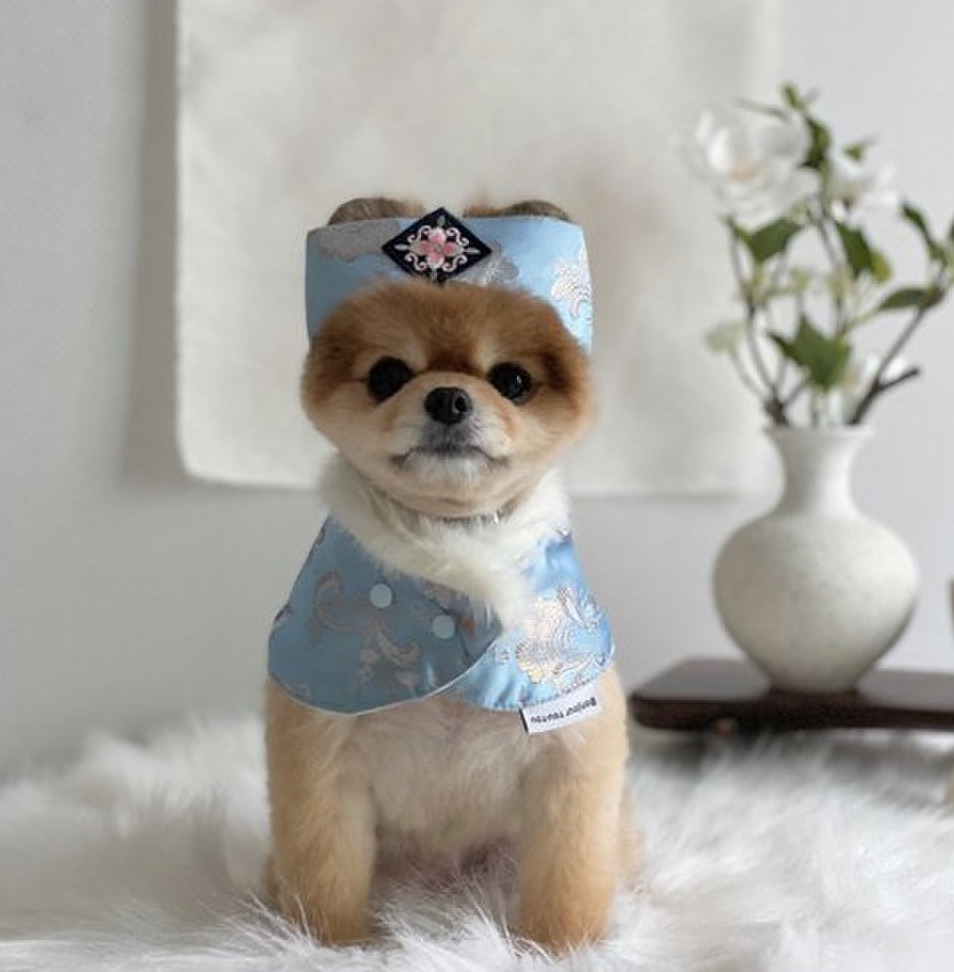 Photos of dogs and cats dressed in hanbok -- Korea's traditional clothing -- also went viral on Instagram and Twitter. Koreans dress up in Hanbok to celebrate Lunar New Year and bow to the elderly to receive pocket money.

The trend gained unprecedented popularity this year, with the further spread of the perception of "treating pets like your family member" here. According to the state-affiliated Korea Rural Economic Institute, the value of the nation's pet-related industry jumped 78 percent from 1.9 trillion won ($1.5 billion) in 2015 to 3.4 trillion won as of end of last year. It is projected to reach 6 trillion won by 2027.